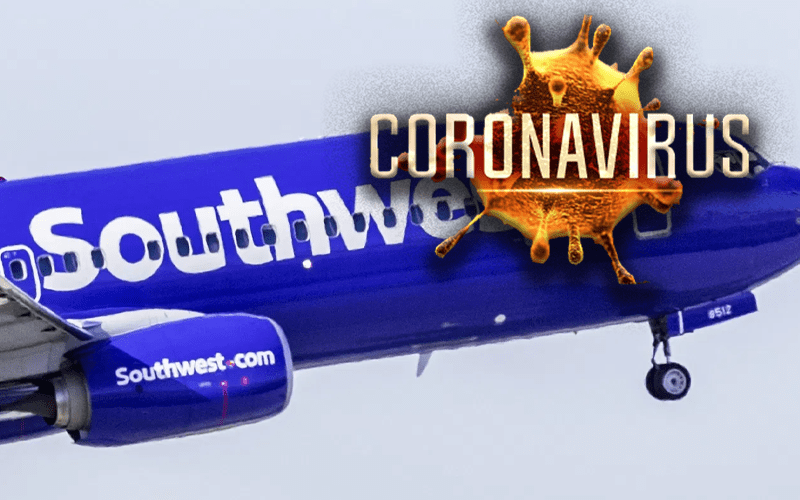 Pro wrestling went from a boom period to having dozens of talented indie wrestlers without an income. Shows are being cancelled all over the world for the next few months, but one airline might not understand this pandemic situation.

Some companies are being very understanding about cancellations. They are giving credit for future flights, hotels, or just providing refunds. It is definitely not an accepted practice during this time to stick someone with a bill. Southwest Airlines is apparently going the other direction entirely.

Lufisto tweeted out that she’s heard Southwest is rejecting any requests for refunds during this awful time. Wrestlers are out of work, but Southwest is apparently sticking to their guns.

I hear many wrestlers and fans who had to cancel their flights due to the COVID-19 crisis are being told by @SouthwestAir that there are no refunds at all during this unusual circumstance. Seriously? Are you aware that many of these folks are OUT OF WORK? Disgusting! RETWEET!!

Marriott changed their tune about sticking WrestleCon with a bill that was over $100,000. Let’s see if Southwest might come to a realization that this is not a good look for them to refuse refunds.

On a side note, money is coming from the federal government to protect the airlines. Southwest is not keeping this money in an attempt to keep their doors open. They will be taken care of. Indie wrestlers might not have the same luxury.

Update: Southwest Airlines has replied to this situation:

It’s true that we don’t provide refunds on nonrefundable tickets, guys, though you are able to use your funds towards future travel (as we have always done). It’s also important to point out that credit is pretty standard across the industry.

We were also contacted by another customer of Southwest Airlines in the process. They aren’t a wrestler, but this should be an indication of how Southwest is treating this situation. Also, this testimonial doesn’t seem to completely match up with what the company is claiming.

Regular passengers are also getting the cold shoulders from @SouthwestAir, myself included. There are many stories on twitter about #SouthwestHeart refusing to refund their money… Hell, they are refusing to extend the travel fund expiration dates.

Southwest Airlines is going to stick to their guns and ignore this unique set of circumstances. Hopefully, their mind can be changed.

Update #2: We have received a formal response from Southwest Airlines over this issue.

“Thank you for reaching out. As you can understand, we are receiving several related questions and we’ve created a great resource that can assist your readers. We have cancelation and charge information on Southwest.com, fares and refund information here, and an all-encompassing blog that can answer your questions. Should the Team you are reaching out about have any further questions related to their flights and future travel on Southwest, we invite them to reach out to our Customer Support and Services Team at 1-800-I-FLY-SWA.”