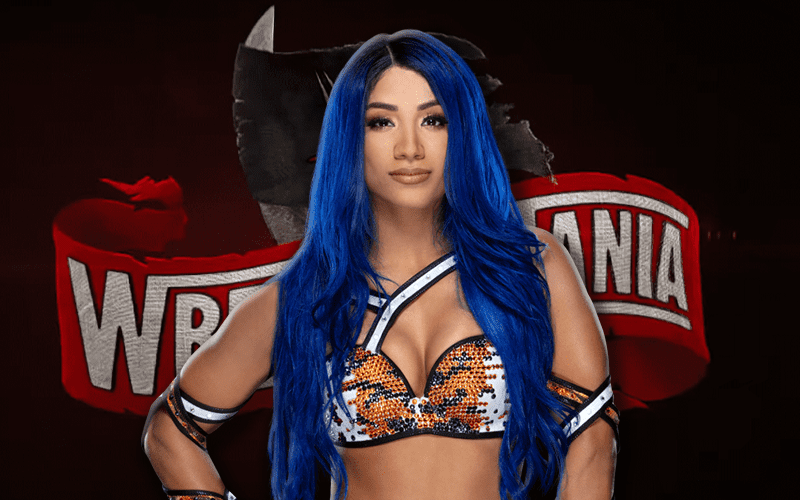 WWE is holding the 36th annual WrestleMania event on April 5th as planned. They will be doing it at the WWE Performance Center in front of zero live fans instead.

The coronavirus pandemic is not going away without action. WWE is doing everything they can to protect from the virus and keep their programming going. This is heartbreaking news for a lot of people including Sasha Banks.

The Boss recently posted on social media to let fans know how distraught she is over this entire situation. In the end, she said that the world is a scary place and the #1 priority right now is the health and safety of fans.

It honestly hurts to know that fans, whom a lot of save their money all year to go to wrestlemania, won’t be able to attend. The idea of a parent having to tell their child that they won’t be able to go breaks my heart. Fans make wrestlemania week! All of the events, axxess, they aren’t just there to watch the show, they’re apart of it. But in the end, the world is a scary place right now, and priority number 1 is everyone’s health and safety. So on April 5th, wrestlemania will happen, and we will do our very best to put on a show worthy of our fans. I wish you were there, but I will perform as if all of you are, because it’s what you deserve like a boss. #wrestlemania

There is a rumor going around that Orlando might now even allow WWE to preform WrestleMania with a closed set. If that is the case then WWE might have to postpone the event.

The company is already reportedly not following through with some planned matches. It will be interesting to see how WWE alters the show of shows to accommodate this awful situation.