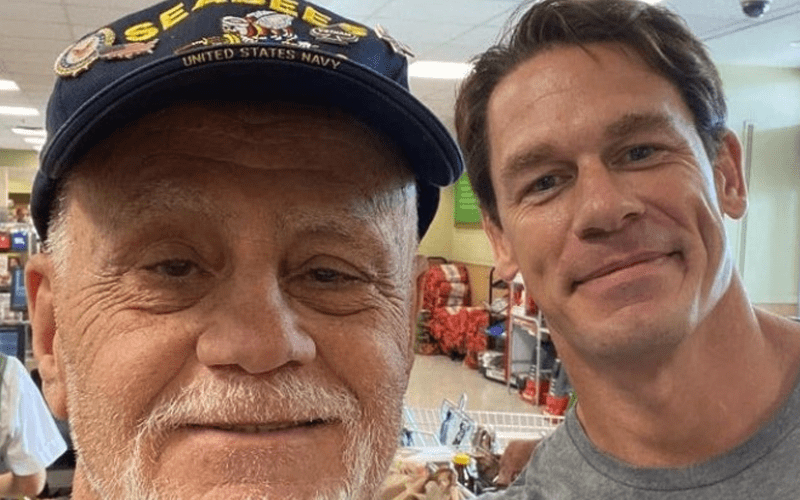 John Cena is known for his random acts of charity. He also has a record number of granted Make-A-Wish requests. This new story is something special as well.

A post on Reddit recently told a wonderful story about John Cena. This went down at a Publix in Land O’Lakes, Florida. John Cena secretly paid for Charles “Bud” Phillips’ groceries as he left the store. Phillips’ daughter Stefanie told all about how Cena helped out her veteran father.

“My dad was behind him in the checkout line. They were chatting and John thanked my dad for his service [after] seeing his SeaBees hat. John secretly paid for all of his groceries. My dad didn’t even know until he was being checked out and the cashier said, ‘John paid for your groceries.’ The bill was around $100. My dad is a retired Vietnam veteran [and] a widow. We lost my mom five years ago unexpectedly [after] they were married almost 50 years. So, as you can imagine, not too much these days make him smile as big as he did in that picture. That’s what so special about this moment. A simple act of kindness brightened his day. Along with his family seeing that smile on his face! He’s a stay-home, cook-from-scratch kind of guy. He loves to cook. So, going to the grocery store to gather ingredients is his get-outta-the-house event these days.”

This is a great story and just the kind of news that we need to hear today. John Cena has a lot of money so it didn’t make any difference in his bank account. That random act of kindness definitely meant a lot to Bud.