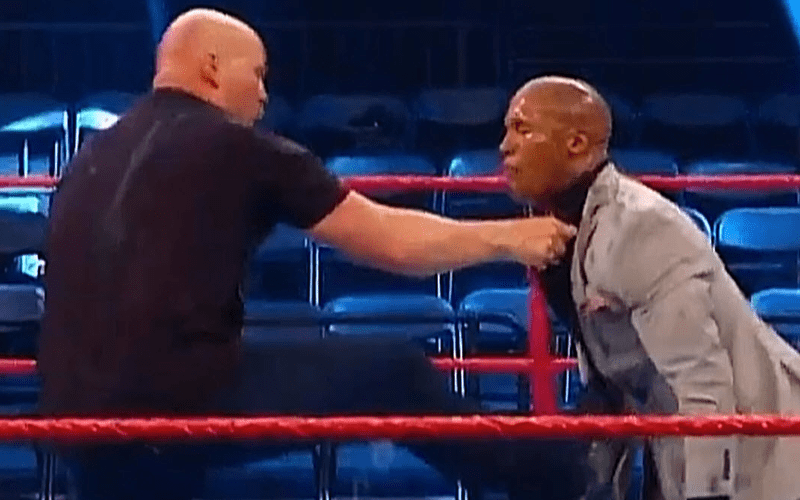 Stone Cold Steve Austin’s appearance on Monday Night RAW last night gave us all the opportunity to forget about the chaos around us, if only for a few minutes.

His general presence on the show certainly lifted spirits, and beyond that, he was able to bring the kind of comedic value to proceedings that we’ve come to expect from the Texas Rattlesnake.

One man who was able able to ‘benefit’ from Stone Cold showing up was Byron Saxton, even though you wouldn’t think it courtesy of him getting kicked right in the plums.

My sincere apologies to @ByronSaxton for kicking him dead square in the balls. I don’t know what hurts worse, his balls or my foot. I will go in for
X-Rays tomorrow. Byron, Ice em down for 20 minutes every other hour. That’s what Vince did. All the best. #316day

If anyone hasn’t seen Monday Night RAW, if only because they didn’t think it would be a great show, go back and watch the segment in question to get a good idea of why Austin is still so great.

WWE can’t put legends like Austin out there every single week, though, and it’ll be interesting to see how they continue to try and make every show feel special when there are no audience members in attendance.

It’s going to be a long road ahead, and WWE is well aware of that.