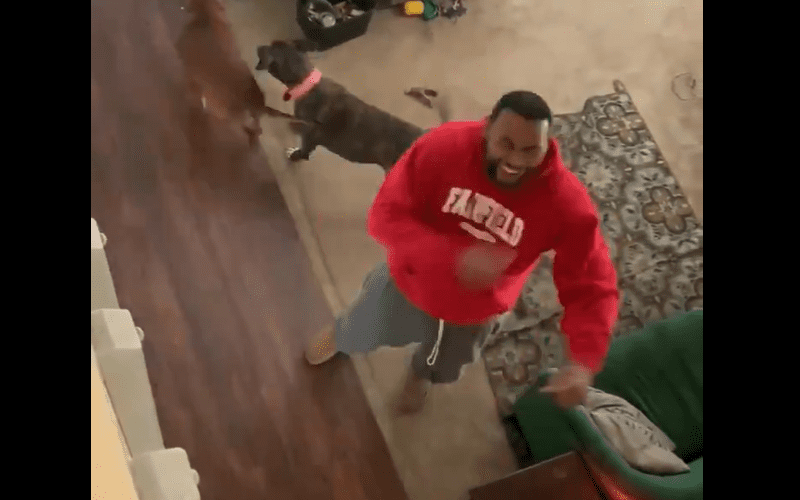 Angelo Dawkins is a WWE Superstar, but he loves more than just sports entertainment. The Street Profit came from football and he only joined the wrestling team because they needed guys his size.

Dawkins is dealing with isolation like so many around the world. While he handles his fifth day without sports, Angelo has to figure out other ways to entertain himself.

He uploaded a video of himself on social media playing a little basketball inside with his dogs. He also included a short caption to set the tone for the video.

Day 5 without sports I think im handling this well. Help me! #day5withoutsports #GrindFlu

We hope that everyone out there is staying safe and sanitized. This is an uncertain time, but pro wrestling isn’t going away. Things are certainly changing a bit for the time being. At least Angelo Dawkins is able to keep himself entertained.