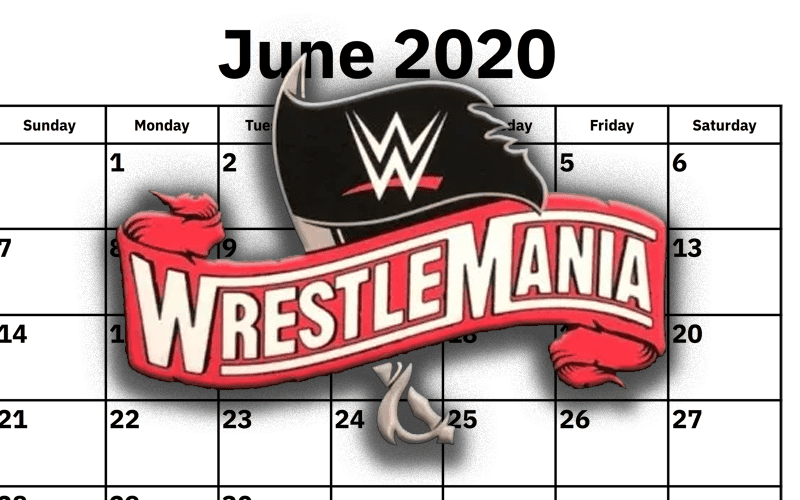 WWE has a big decision to make regarding WrestleMania 36. They probably won’t be allowed to proceed with the show of shows as scheduled. At this point, WWE still hasn’t announced a change of plans.

We previously reported that Vince McMahon’s least favorite idea is to hold WrestleMania with no fans in attendance. There are other options including rescheduling.

PW Insider reports that the date of June 7th has been rumored among WWE Superstars. It was not confirmed that there is anything “concrete” to this rumor. The idea is still out there that the company needs to cancel.

There was a 6/7 date rumored among WWE talents last week, but we have yet to confirm there was anything concrete to this rumor.  We know that there has been a move towards postponing the show in certain circles in the company

Vince McMahon is reportedly adamant that there will be a WrestleMania on April 5th. Let’s see what they decide to do.