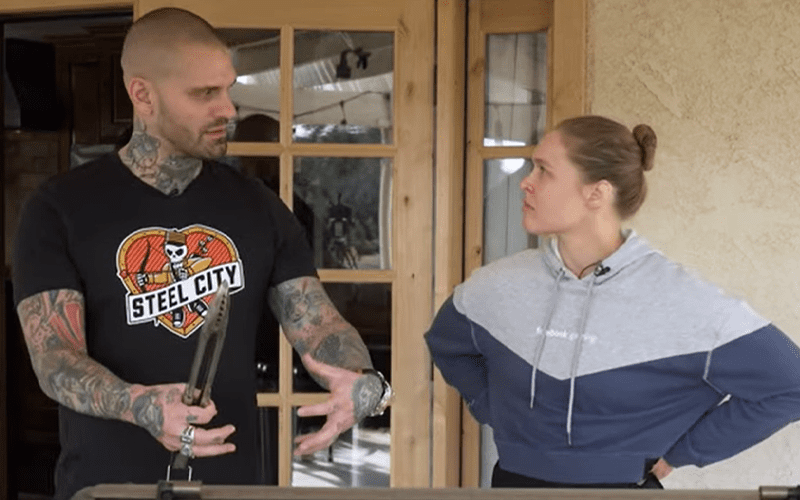 Ronda Rousey has yet to make a return to WWE television. She is still friendly with plenty of people she met while with the company. Corey Graves recently stopped by for some Kobe beef tacos in Ronda Rousey’s kitchen.

Rousey welcomed fans to the second edition of her YouTube cooking show. This time she had the Savior Of Misbehavior himself as her guest. Graves had a great time cooking with Rousey even though both of them said they aren’t good at cooking.

Corey Graves also admitted that he is now “borderline addicted” to guacamole after never trying it in his entire life up until about six months ago. Carmella is outspoken about her love of avocado toast, so we can only assume that helped him discover his love for guacamole.

The two used some recipes from the Rousey cookbook. Then it was time to do some grilling. You can check out the video below. We also must warn you that it is not censored and both Rousey and Graves are pretty loose with the F-bombs.