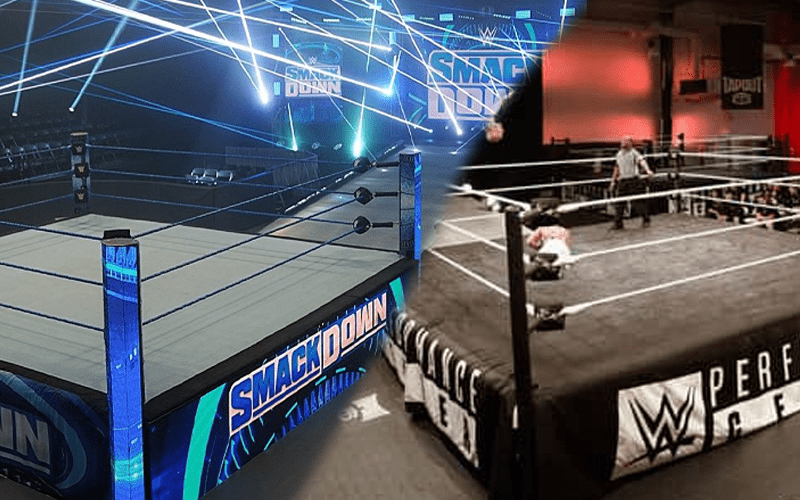 WWE needed to call a big audible when SmackDown in Detroit was shut down last week. They moved to the WWE Performance Center which will likely be WWE’s television home for a while.

PW Insider reported that WWE’s crew had to break down rings and move them to a storage facility across the street from the Performance Center. It took a lot of work and plenty of people pitched in.

Fightful reports that WWE had a crew of “dozens” there helping out. They were able to transform the WWE Performance Center set into a new home for SmackDown.

The CDC has suggested that all events over 50 people be postponed or cancelled. This likely applies to WrestleMania and all other WWE events.

WWE used SmackDown as a test run of sorts. They will reportedly have a different plan tonight for Raw.

The coronavirus is highly infectious, but plenty of precautions are being made to stop the spread of the disease. In the meantime, WWE is going to do everything they can to continue providing entertainment for fans.