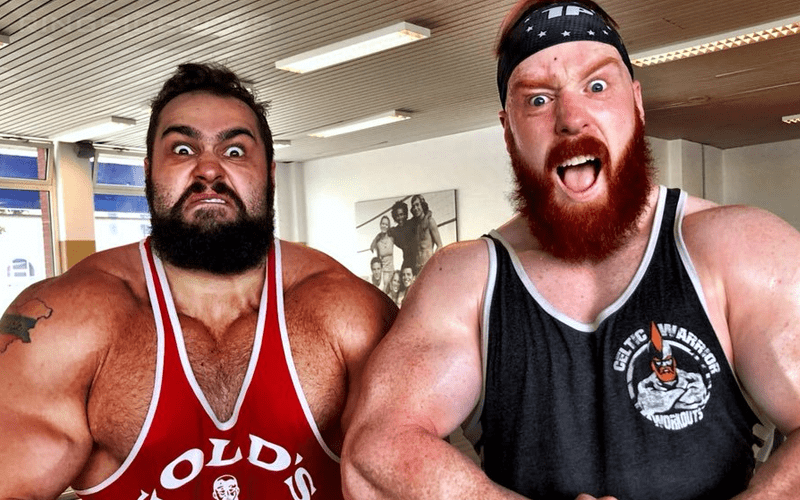 Rusev isn’t being used on WWE television much right now. He was pulled off of television because he reportedly hasn’t signed a new deal. Sheamus would like them to do more with his friend The Bulgarian Brute.

While speaking to Sportskeeda, Sheamus spoke about Rusev. He wonders what happened with Rusev’s storyline with Lana just like so many other fans.

WWE seemingly dropped the entire storyline complete with Liv Morgan and Lana’s lesbian love. Sheamus continued speaking about how he wishes that WWE would do more with Rusev. He’s having a great time and fans love him, but WWE continues to drop the ball with him.

“When he came back with the whole Lana thing, people were really behind him and then it just kind of dropped off and I’m like, ‘What happened?. He lost a couple of times to Lashley but he was on fire. The Rusev Day thing was back and running, and they could have done a lot. A lot more could have happened. I don’t know what the deal is, he’s on RAW but he was on fire, man, the people were loving him … You could tell he was having fun, coming in and kicking Lashley and making Lana’s life miserable.”

“He was having a great time! I just don’t know what happened with that story, you know? I don’t understand it. I just thought Rusev could have definitely gone on a roll after that.”

“Rusev’s one of my best mates, bro. Me, Drew, Cesaro and Rusev, they’re my closest friends, you know? For all different reasons, but I want to see Rusev doing well. I was happy when he came back, dude.”

Perhaps the day will come when WWE finally lets Rusev run with a real push that sees him go as far as he possibly can. For some reason Rusev gets teases of a push, but WWE doesn’t really follow through.

Sheamus would certainly like for WWE to break this trend with Rusev. He’s not the only one because there are still plenty of fans who celebrate Rusev Day.