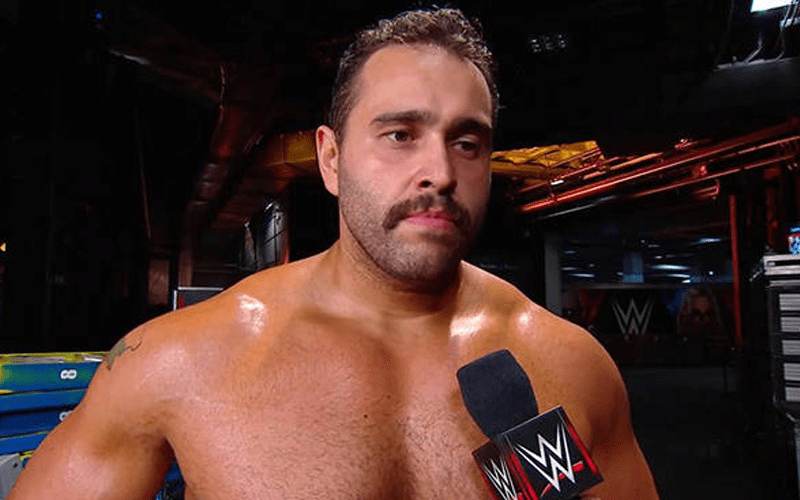 Rusev hasn’t signed a new WWE contract at this point. His wife Lana inked a multi-million dollar deal months ago, but he was still ironing out some details.

WWE appears to have pulled Rusev from television due to his contract status. His storyline with Lana and Bobby Lashley with Liv Morgan was completely dropped.

PW Insider reports that Rusev was backstage at Raw this week. He just wasn’t used on camera.

Rusev was backstage at the show but not used on camera.

Rusev is making the trip to tapings, but not doing anything on television now. At least his contract isn’t frozen.

WWE could always revive Rusev’s storyline whenever they see fit. It doesn’t appear that Rusev is taking part in much on the road to WrestleMania.