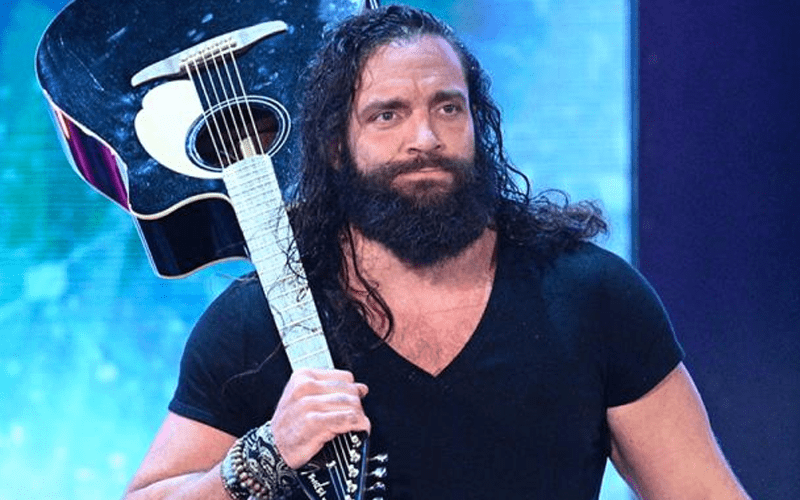 Elias is on television practically every week with his guitar and unique character. He is a babyface once again as fans continue to Walk With Elias. He would also like to have a bigger spotlight.

John Cena’s first WrestleMania opponent this year was reportedly Elias. Then WWE changed their minds for John Cena. Now the show of shows might not be happening at all.

While speaking to Busted Open Radio, Elias stated that he is “begging” for an opportunity to prove what he can do in WWE. He doesn’t have a lot to complain about because he gets camera time. The fact remains that he still feels like he can do a lot more.

“I am begging for the opportunity to be, you know, even further along than where I am. And you know what, it’s great. I’m on television every week and people feel alive. But I tell you what, man, I feel like I’m capable of even more. I am looking for that on all aspects, to the point where people might be getting upset with me [because] I’m pushing so hard.”

“The good thing is I have a passion for playing music and playing guitar. I’m always, always thinking of new ways to note, you know, new riffs, I jam around on my guitar. As well as new ways to interact with the crowd, new catchphrases whatever it may be. So, you know, I’m just waiting for, you know, for the door to open up just a little bit. So I can bust through you know what I’m saying? Man that’s all I’m asking for.”

Elias has a good look and size. His character also continues to attract attention. We’ll have to see what’s next for The Drifter, but he seems to be itching for the chance to grab that brass ring.