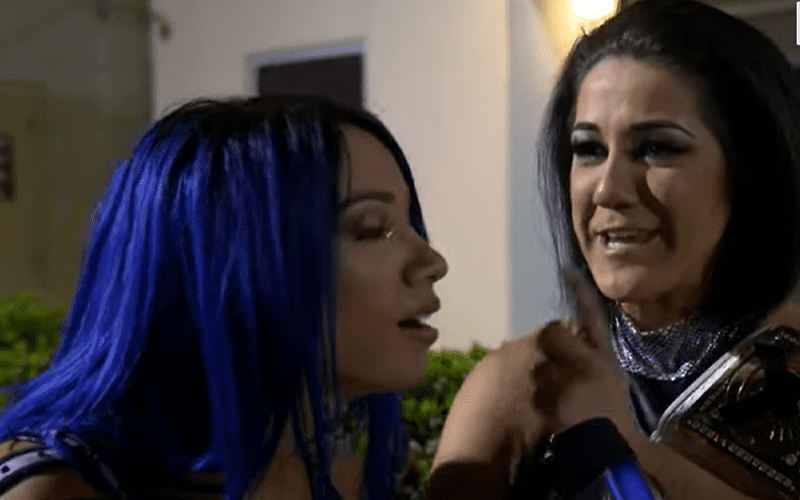 WWE had to produce Friday Night SmackDown in front of zero live fans this week. After Bayley and Sasha Banks were done in the ring they had a lot to say.

Following their win in an empty arena on SmackDown, Bayley and Banks were quite happy with themselves. They won a match in a very unique setting, but they didn’t cut out the heel attitude.

Sasha Banks listed off everyone that she and Bayley have defeated while asking “who’s next?” Bayley said anyone who challenges them is stupid anyway because they are the first-ever WWE Women’s Tag Team Champions.

At the end of the interview they yell at someone off camera for closing a door and interrupting their shoot. Obviously, this was a very unique situation all around for WWE this week. You can check out the video below.