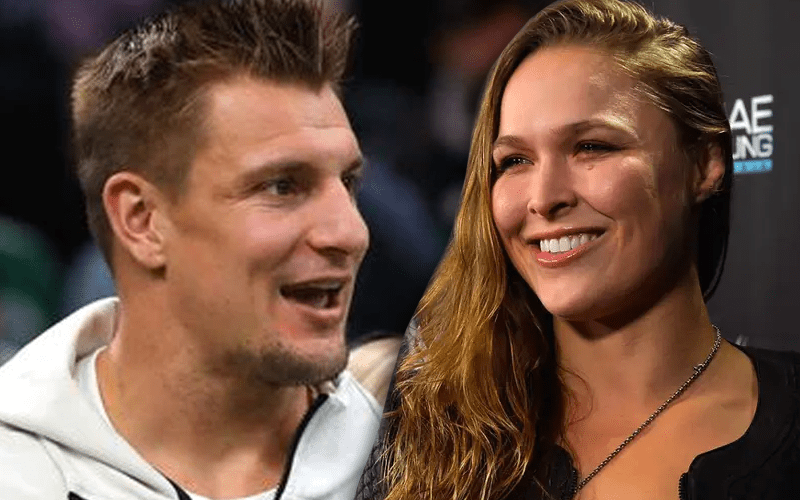 Rob Gronkowski is coming into WWE. We’re not certain about any specifics about his deal yet. We just know that he is expected to show up soon.

Gronk’s signing was later confirmed after talks were reported on WWE Backstage, but WWE has not announced it yet. They might be holding off for a surprise.

The Wrestling Observer Newsletter noted that WWE wanted to deny the reports that Rob Gronkowski had actually signed a deal. The company was looking to pull off a surprise like they did with Ronda Rousey.

We were told that statement was similar to when WWE was talking about being in talks with Ronda Rousey, but denying any deal because they wanted to do a surprise at Royal Rumble, even though Rousey had already been training for months.

We’ll have to see when Rob Gronkowski shows up next. He reportedly signed a contract so it might just be a matter of time before the former New England Patriot gets into the squared circle once again.