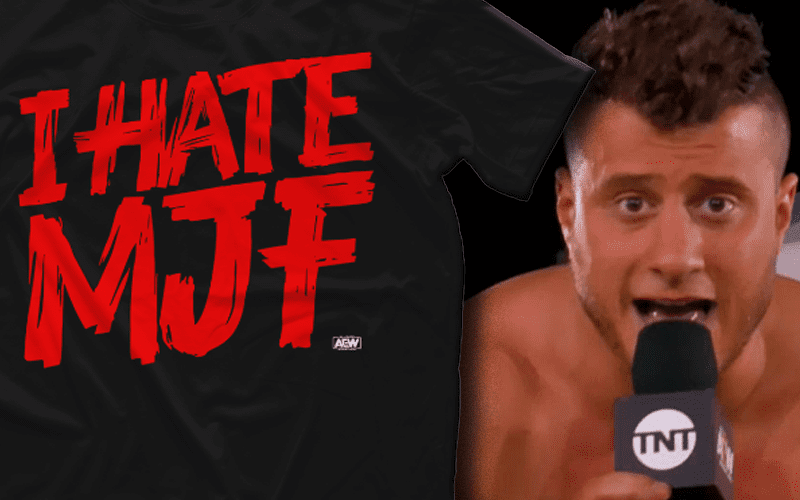 AEW has plenty of stars with a lot of promise. MJF is definitely getting a lot of attention for being a fantastic heel. He might not be playing a character because even Cody Rhodes backed up the Salt Of The Earth after he flipped a 7 year old kid the bird.

AEW has released a new t-shirt for MJF. This t-shirt might be for fans who want to let everyone know how much they detest Friedman.

This new piece of merchandise says: “I hate MJF” on it. That is a pretty strong statement, but he’s also a very hated heel.

MJF might make a pretty penny off this t-shirt in royalty money. That didn’t change the fact that he unloaded on Twitter upon discovering that they’re selling it.

CARE TO EXPLAIN THIS @AEWrestling?!!!?

MJF is a classic heel who might not want fans having access to his merchandise. He previously commented that AEW won’t be selling his “I pinned Cody” t-shirt because nobody else earned it.