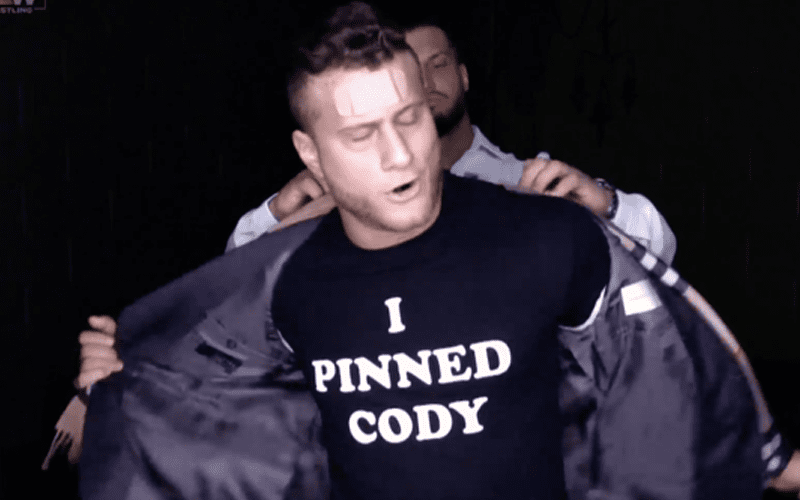 MJF is all about getting heat on himself. That doesn’t include a whole lot of merchandising.

Maxwell Jacob Friedman is borrowing a page out of Greg “The Hammer” Valentine with those custom t-shirts. His new one said “I Pinned Cody.” If you want one for herself then that’s not going to happen.

When MJF was asked by a fan about possibly getting a “I Pinned Cody” t-shirt on the official AEW store, The Salt Of The Earth says that he earned his shirt. Nobody else has the right to rock that garment unless they really pinned the American Nightmare.

None of you did.

MJF did defeat Cody Rhodes at AEW Revolution. That will likely just be the first drop in the bucket at the end of the day. By the time Cody and MJF are finished doing battle with each other there might not be much left from either of them.