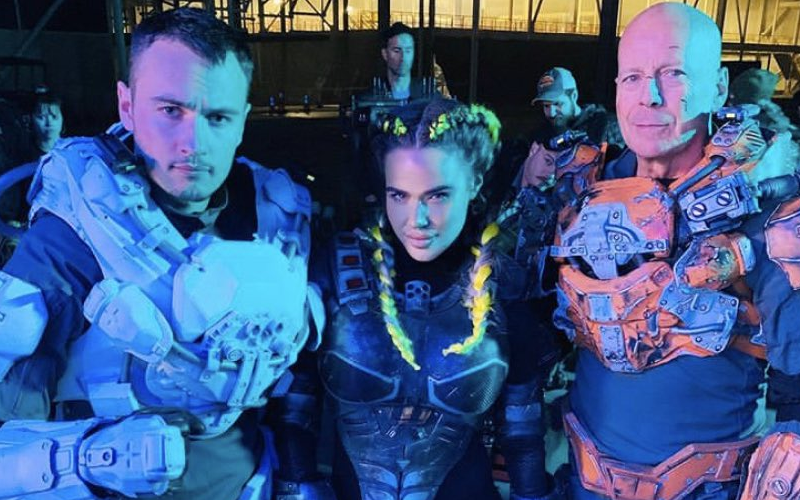 Lana is currently out of action, but she’s not injured. The Ravishing Russian is filming a movie with Bruce Willis. This is why Lana and her on-screen husband Bobby Lashley have been absent from television recently.

A new shot of Lana on the set of Bruce Willis’ upcoming film Cosmic Sin dropped. Lana also updated her YouTube Channel with a new behind the scenes video.

Natalya was overjoyed for Lana and she tweeted out:

I’m so proud of you, Lana! Filming a movie with Bruce Willis is pretty damned cool… Congrats

We’ll keep an eye on this film to see when it drops. It’s unclear when Lana is due to make a return to WWE. She will at least be off filming this new project for the next couple of weeks.