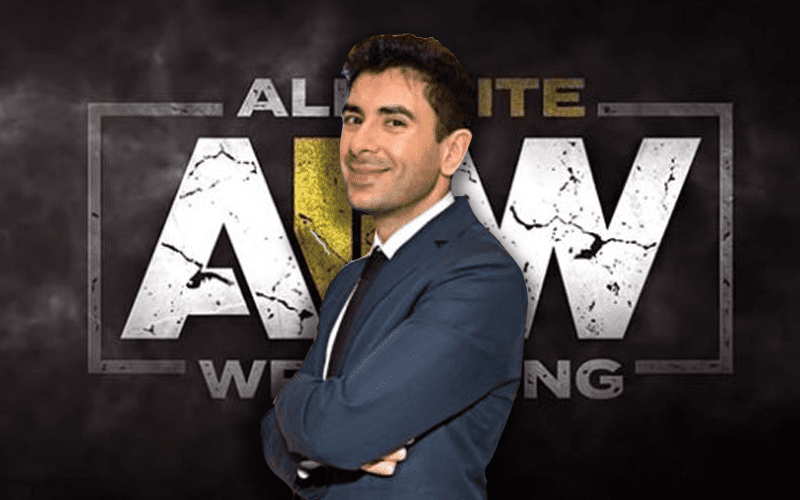 Tony Khan had a big plan for a pro wrestling company. It would be one of the biggest gambles in pro wrestling history, but he went for it. Now AEW is widely considered a huge sucess.

While speaking to AEW Unrestricted, Tony Khan discussed how the company came about. AEW wasn’t event the original name he envisioned. Fans almost had WBW instead.

“It wasn’t All Elite Wrestling starting out. It was ‘World’s Best Wrestling’ which is kinda similar to AEW because it’s the idea that we’re doing great wrestling, right?

Tony Khan had a certain roster of talent he wanted to secure. It turns out that locking down those big names was also crucial to getting on television.

“They were the first people in my mind [The Young Bucks, Cody Rhodes, Kenny Omega] those guys and Chris Jericho and CM Punk.”

“Chris had said that he wasn’t going to wrestle in America or anybody but WWE ever, but he had done the New Japan shows and even when he did those he said that was still just in Japan it made me think that Chris might be interested and so I started having conversations with Barry Bloom who represents Chris.”

Tony Khan already invested millions of dollars in the AEW roster before a television deal was “over the hump.” One of the things he needed to do was prove to WarnerMedia that he could secure the roster first.

This was a promise Khan obviously fulfilled which is one of the main reasons why everything came together as it did.