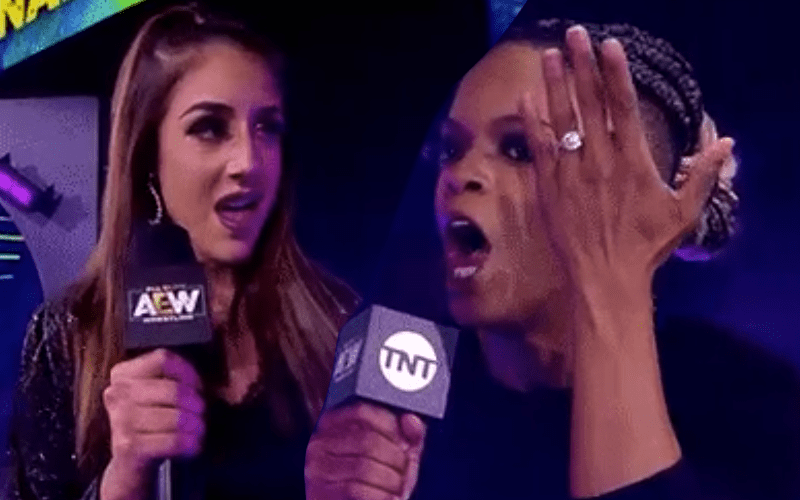 During AEW Dynamite this week, Britt Baker threw a line out about Big Swole not having a man. Then Swole threw up her ring finger and showed her wedding ring before saying: “I’m married bay-bay!”

The insider reference to Adam Cole was received well by AEW fans in Salt Lake City. There was quite a pop at AEW bringing attention to the fact that Adam Cole and Britt Baker aren’t even engaged.

Following this segment, WWE Superstar Cedric Alexander commented on what happened during Dynamite. Alexander is married to AEW star Big Swole and he wanted to make sure everyone knew this.

He tweeted out: “I am a husband ma’am.” This was followed by an emoji showing that his mind was blown. A third tweet called attention to the size of his wife’s ring: “Look at that ROCK tho.”

It’s interesting when pro wrestling merges storyline and reality like this. It is especially entertaining when the relationships referenced take place across company lines.