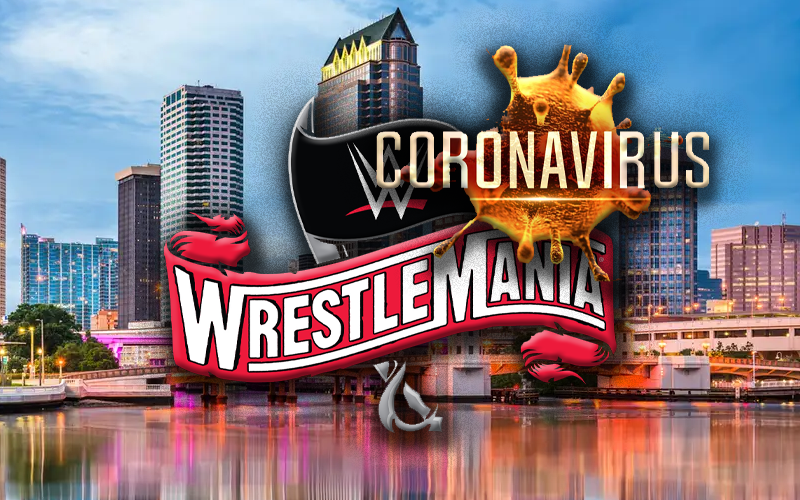 WWE’s biggest show of the year will take place on April 5th in Tampa, Florida. The city of Tampa just released a statement saying that WWE WrestleMania will be going on as planned. Now there seems to be a conflicting report.

Wrestle Votes previously reported that the situation is “all very fluid” in regards to WWE accepting what local Tampa authorities are going to do about WrestleMania 36.

After the city of Tampa released their statement about WrestleMania proceeding as scheduled, Wrestle Votes posted another update.

“Guys, I want it to still happen too. Trust me. But it’s not looking good at the moment. I would think they look to reschedule rather than cancel but time will tell.”

This is a very interesting statement to make, especially following the city of Tampa saying that the event will be taking place.

There are also several WWE Superstars who believe WrestleMania will be canceled as well. The XFL’s Seattle Dragons team will need to play Sunday’s game in an empty arena due to Washington’s Governor banning gatherings over 250 people.