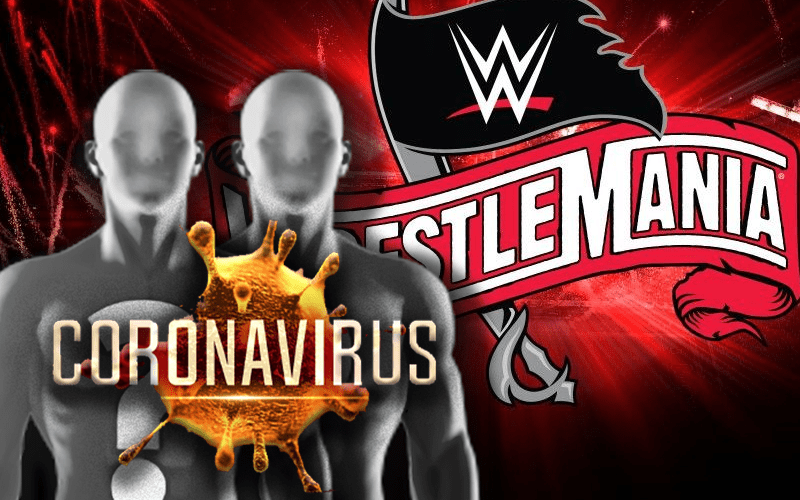 The coronavirus is only starting to spread around the globe. It’s already done a very good job getting to over 100 countries so far.

Sporting events, concerts, and festivals around the world are being postpones. New Japan Pro Wrestling has called off their New Japan Cup. WWE is carrying on with WrestleMania.

Ryback still talks to some WWE Superstars and he said that some believe the show of shows will be canceled this year on his podcast.

“They’re far enough out right now where they need to keep an eye on this, I would dare say, probably until the week before. Then they’ll have to make a call eventually. There was a case in Washington and then all of a sudden there were 11. Then they had someone who tested for it that was supposed to not go out but chose to go out and spread the disease. I knew that was gonna happen and for all of the places to happen, it’s gonna happen in the US with the mentality that people have here.”

“From a wrestler’s standpoint, [WrestleMania] is in Tampa and they’re gonna bring people from all over the world to this location. If I’m a wrestler – and I’m speaking from the talent as I’ve talked to a couple of people – the talent believe that WrestleMania is possibly going to get cancelled. This is a business and it will impact a lot of things but you have to protect the wrestlers at all costs.”

“With Axxess, there should be no fan interaction. If they chose to do this, wrestlers should only have to show up to WrestleMania and if you do the Hall of Fame, you keep the talent away from the audience. You have to be really protective of the wrestlers from a business perspective if you go through with this. I have a feeling [Vince] is gonna try to go through with it no matter what. He’s gonna have to be forced to say ‘No’ if it does happen.”

WWE has not canceled their WrestleMania event. There is a strict no-touching policy now, but the show of shows is going as planned. There could be a lot at stake as the weeks go by.