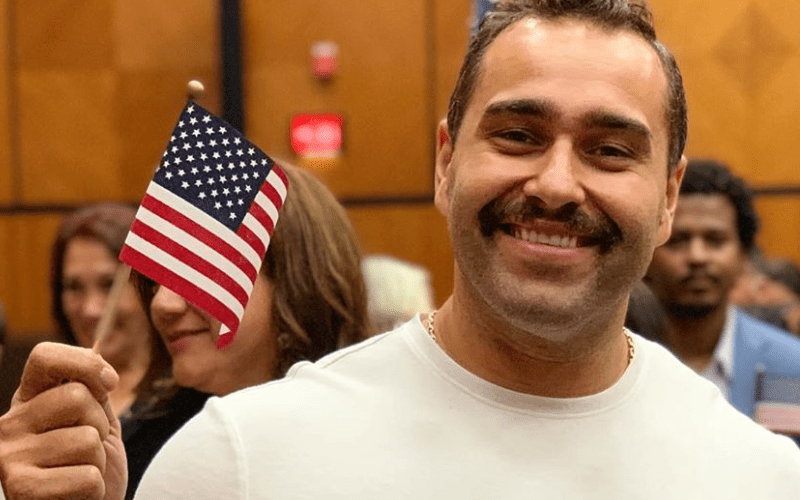 Rusev will always be The Bulgarian Brute, but now he is an American citizen.

It takes a lot of waiting and paperwork to get it done, but Rusev was able to carry through and now he is proud to be an American citizen. He was more than happy to let everyone know about it via social media as he waved a miniature version of Old Glory.

It’s was a long road. 14 years in the making. So much hardship and obstacles along the way, but in the end who cares! I’m proud to be an American!

Congratulations to Rusev. It will be easy for him to remember the anniversary of his citizenship because yesterday was the 2 year anniversary of Rusev Day.