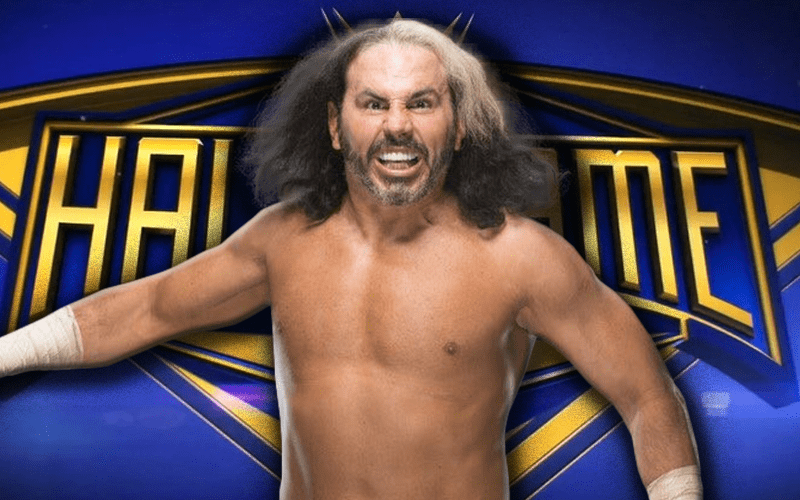 WWE lost Matt Hardy as he decided to let his contract expire rather than sign a new one. Now Hardy is free to go where ever he chooses. He plans on coming back to Vince McMahon’s company eventually.

Matt Hardy revealed on PW Insider Elite audio that he fully expects that he will make a WWE return. He will come back to at least accept a WWE Hall Of Fame induction, but he didn’t rule out returning beforehand.

“You know, once again I left on very good terms. I’ve sure when it’s all said and done I’ll be in the Hall Of Fame. I might be there before then. I don’t know what the future holds. I’m just trying to take the best path for my creative wants and my family.”

When asked if this was all a charade and he wasn’t really leaving WWE, Matt Hardy laughed and said that sounds like something Broken Matt would do.

Matt Hardy is out of WWE and we’ll likely see him debut for AEW soon enough. That doesn’t rule out an eventual return to the company.