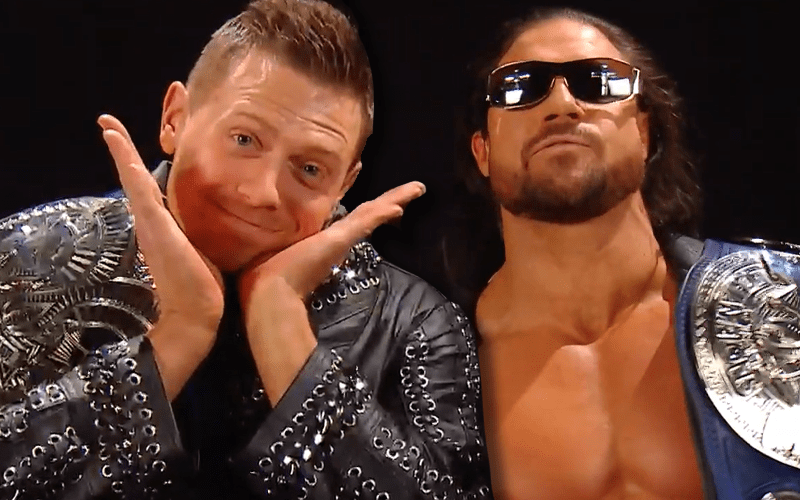 John Morrison was gone from WWE for a while. Apparently, he forgot some of the words that you’re not supposed to say on television. Then again, WWE is letting people say sh*t now.

WWE has reportedly been stepping away from such tightly scripted promos as of late. It’s doubtful that many writers had control over what John Morrison said during the kickoff show.

When asked by David Otunga how he was able to pick right back up with The Miz upon returning to WWE, Morrison was quite honest. He said that he kept in touch with The Miz. Then he let something else slip.

You can check out a clip of John Morrison dropping the S-Bomb below from our official Ringside News Instagram account. You have to give The Miz and Morrison credit for no-selling the profanity too.