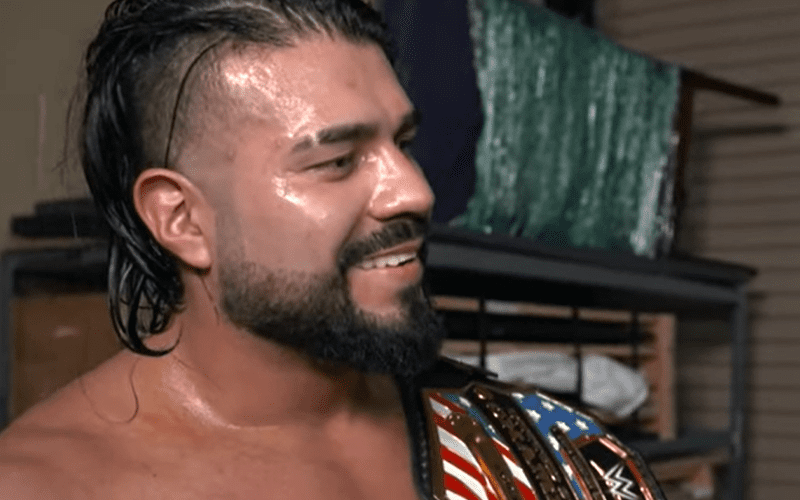 Andrade walked into the Elimination Chamber as WWE United States Champion. He defended that title against Humberto Carrillo and El Idolo picked up another win.

Andrade was very happy with himself after picking up the win in Philadelphia. When asked about how he won, he didn’t want to talk about Humberto beating him ever or the handful of tights Andrade had while making the pin. The important part is that Andrade won at Elimination Chamber.

Zelina Vega had to cut in and say that “a victory is still a victory.” Andrade is still the champion and “that’s all that matters.”

This is very interesting because a report came out during Andrade’s 30 day WWE Wellness Policy suspension saying that he wouldn’t be the champion for much longer.