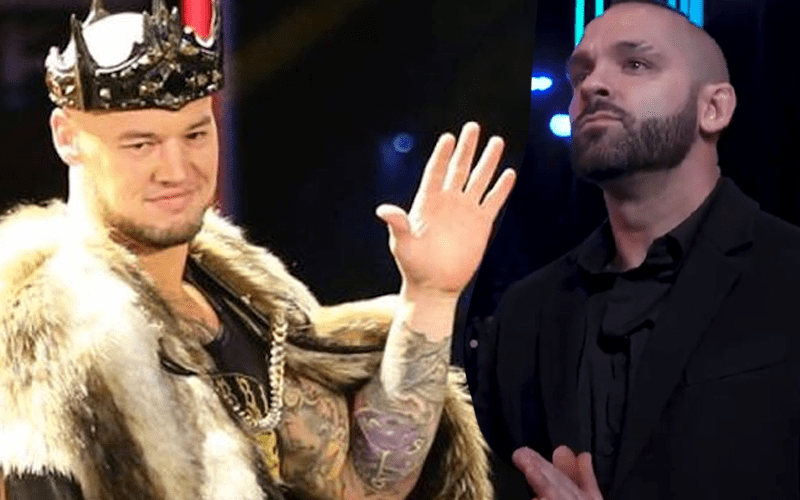 Shawn Spears is on the hunt for a new tag team partner in AEW. #SearchForSpears is now taking over. A couple notable names have applied for the position, too.

Then King Corbin replied out of nowhere. He actually offered Shawn Spears cash not to hire Simon Miller because the thinks it would be funny.

I’d pay you big money not to pick him just to make me laugh.

When What Culture asked King Corbin if he’s a fan, Corbin replied “nope” while using an animated gif of Will Ferrell from Step Brothers.