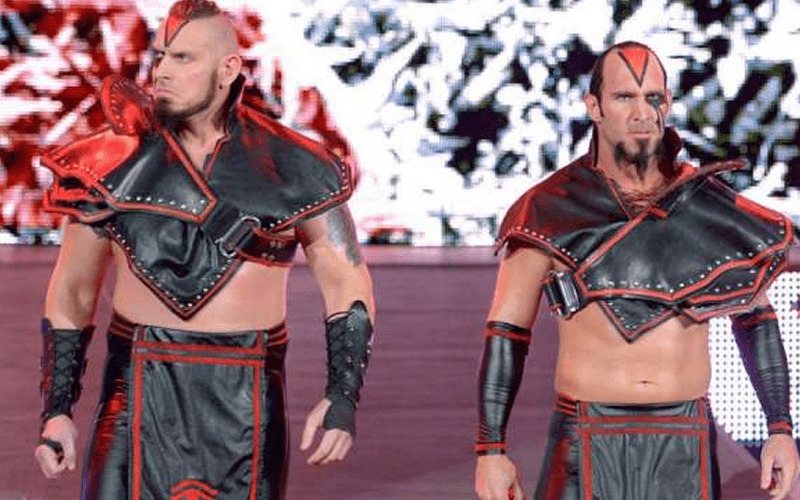 WWE released The Ascension along with Sin Cara and Luke Harper all on the same day. Their non-compete clauses are all running up on March 7th, but The Ascension have already gotten back on the indies.

While speaking to Wrestling Inc, Konnor spoke about his recent WWE release. They only had three months left on their contracts, and they were just sitting at home.

He said that someone tried to get something started before his release, but he didn’t elaborate. Konnor didn’t the point in trying since WWE had pegged them as enhancement talents.

“We only had two more months left. We literally had two more months left. We had been sitting at home for almost nine months. They had literally taken us off the road and we literally almost sat there throughout the last portion of our contract, and it just was one of those things where it was nice to be honest with you, and there was some more backstory to it as to why things kinda went the way that it did.”

Basically, I had a discussion with one of the gentlemen there. They were talking about possibly making some things happen and my only question to them was why. There was really no point. There was nothing going on for us. We were clearly there to do one thing and that was to be quote unquote enhancement talent, and that’s just the reality of it. So, you just kind of take a step back and you’re just like, ‘Man this isn’t why I got into this business.’”

Konnor and Viktor are now on their own. We’ll have to see what’s next for them in the pro wrestling world, but it sounds like their WWE release wasn’t that devastating to discover.