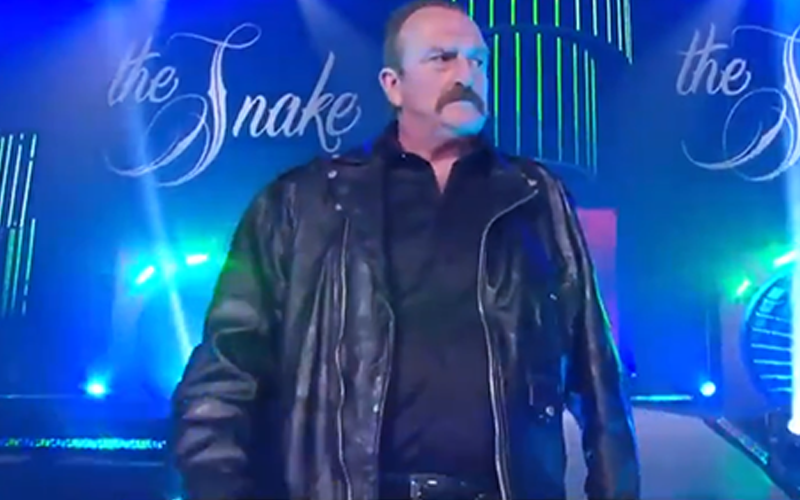 Jake Roberts shocked the pro wrestling world when he showed up on AEW Dynamite this week. The Denver crowd witnessed him cut a promo on Cody Rhodes and leave on a cliffhanger.

Dave Meltzer noted on Wrestling Observer Radio that “Jake is in, Jake Roberts is in.” This means he signed an AEW contract and he is now with the company.

Roberts introduced himself as a manager last night, but he did not reveal his client. Cody seems to be their first target and Roberts cut an expert promo to announce his intentions.

We previously reported why Lance Archer didn’t show up this week on AEW Dynamite. There was a creative change. It’s not certain that Jake Roberts’ client is Lance Archer, but it’s a possibility at this point.