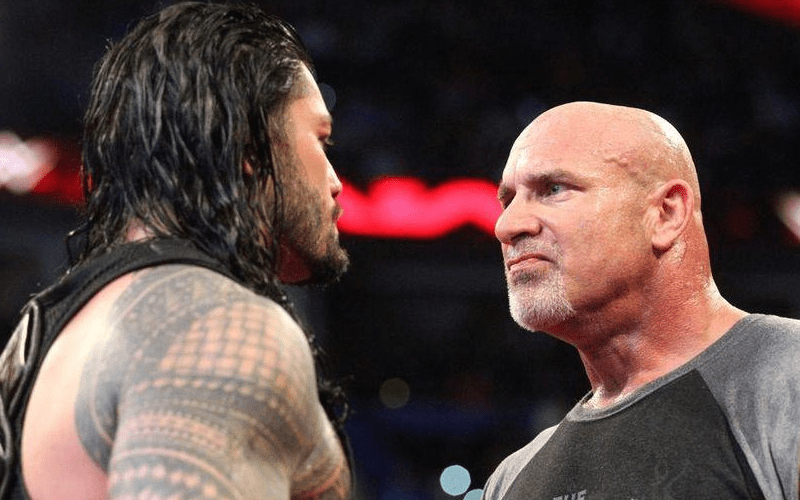 Goldberg made his return to WWE and he soon became the Universal Champion once again. Now he is set to take on Roman Reigns on the grandest stage of them all.

While speaking to The Bump, Goldberg discussed his upcoming match against Roman Reigns. He’s wanted to face the Big Dog for years ever since learning that a Georgia Tech alum does the spear.

“I came back for a reason and that’s why I cam. [Roman Reigns] has been in my sights ever since, you know I heard that I heard he played for Georgia Tech and he does the spear. Period. It doesn’t go any further than that. I love Roman to death. I greatly appreciate what he’s able to do and outside of the ring I’m one of his number one fans. There’s no doubt about it.”

“There’s no animosity there. I have a job to do. Babyface, heel, I don’t give a damn what it is. I’m gonna go out there and I’m gonna rip his face off like I try to do with everyone else.”

Goldberg is going into WrestleMania with one goal in mind. He might end up putting Roman Reigns over in the end, but he’s not going to make it an easy day at the office for him.