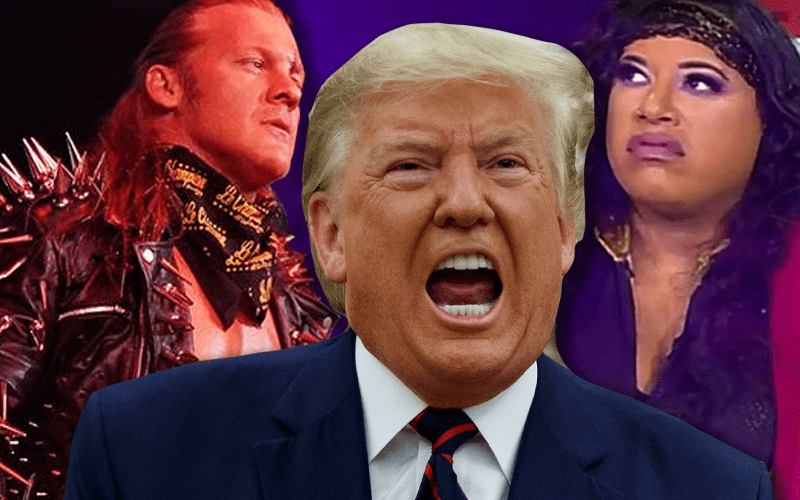 Nyla Rose is a transgender woman and that fact has caused a fair amount of controversy in the IWC. Rose is the AEW Women’s World Champion, but some people like Val Venis might not agree with how AEW is presenting her.

While Chris Jericho reflected on his episode of Talk Is Jericho with Nyla Rose, he considered a few things. He almost played a clip of Donald Trump talking about transgender Americans, but he decided against it.

Y2J stated that he was uncertain how much of the subject Trump really knew about. That cause Jericho to ignore the entire idea out of respect for Nyla Rose.

“To keep going back to the estrogen levels [imitating detractors] wow, it’s a man wrestling a woman’ or whatever, it’s not because [Rose] now [has] the same estrogen levels as a woman, so maybe [Rose] might be bigger, but that physical strength that you would get from the testosterone of being a male is not there anymore.”

The transgender debate will likely continue for years to come. People like Nyla Rose are blazing a trail that others will be able to follow much easier in the future. She’s already accomplished an impressive feat so far and Nyla Rose’s time in All Elite Wrestling is just getting started.