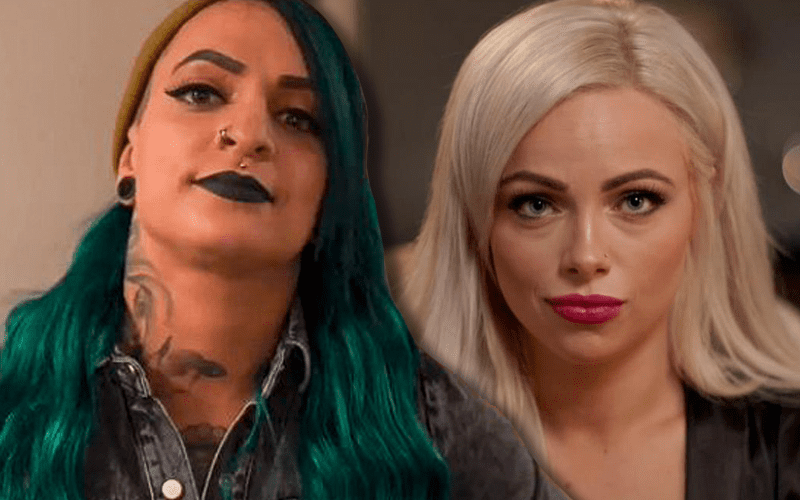 Liv Morgan and Ruby Riott are at odds with each other. They will meet in the Elimination Chamber match on March 8th. Let’s hope they’re able to get all this aggression out.

Riott posted a screenshot from Liv Morgan’s Instagram. Morgan’s caption said “thank you for changing my life. Forever grateful.” Liv was likely talking about the fans, but Ruby Riott read it differently.

“You’re welcome. And you should be,” Ruby Riott replied. It didn’t take long for Liv Morgan to fire back her own response.

You really hate to see me thriving, huh ? But I got you …I’ll make sure to personally thank you in the chamber Rue

Ruby Riott responded by saying: “Lookin forward to it kid.” Morgan then went on to reveal one thing that she learned from the leader of the Riott Squad.

You taught this “kid” a couple things.. one of them is how to be a heartless bitch. I wouldn’t be looking forward to it too much if I was you.

Liv Morgan and Ruby Riott already had heat. Riott returned and set her targets on Liv Morgan. That allowed Lana to pick up the win and it seems like everyone has forgotten all about Liv Morgan’s lesbian crush on Lana.