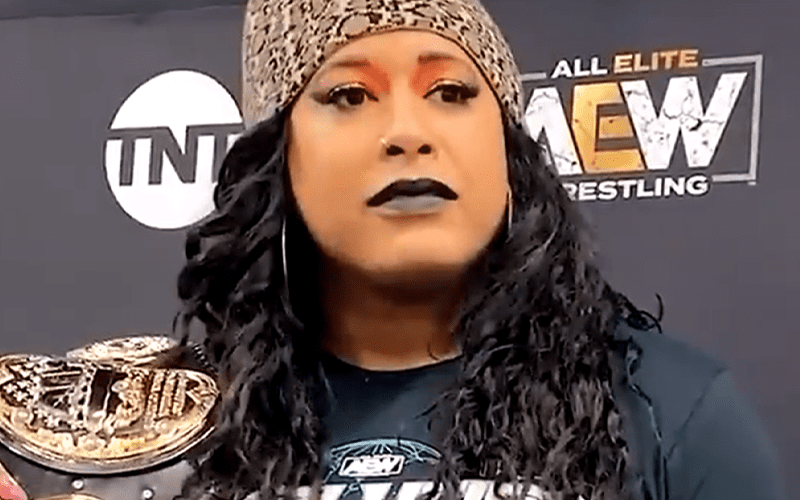 Nyla Rose doesn’t mess around. She received a question during the AEW Revolution media scrum that she didn’t appreciate. So, she let them have it.

Rose was asked about the backstage component of the AEW Women’s Division. This dirt sheet writer wanted to know if AEW should have a woman help Kenny Omega make those matches.

“How do you know we don’t?” Nyla Rose fired back. “Okay then, shut up,” Rose retorted after they admitted that there was no knowledge that AEW doesn’t have a woman helping backstage.

“I don’t think it’s any of your business,” Rose said. People can wonder, but it’s none of our business what’s going backstage in AEW if you ask Nyla Rose.

Cody Rhodes previously stated that Awesome Kong is working backstage in AEW. She is also taking time to focus on filming the final season of GLOW right now.

You can check out the clip below that pulled the moment from the media scrum. They also added some music for dramatic effect.