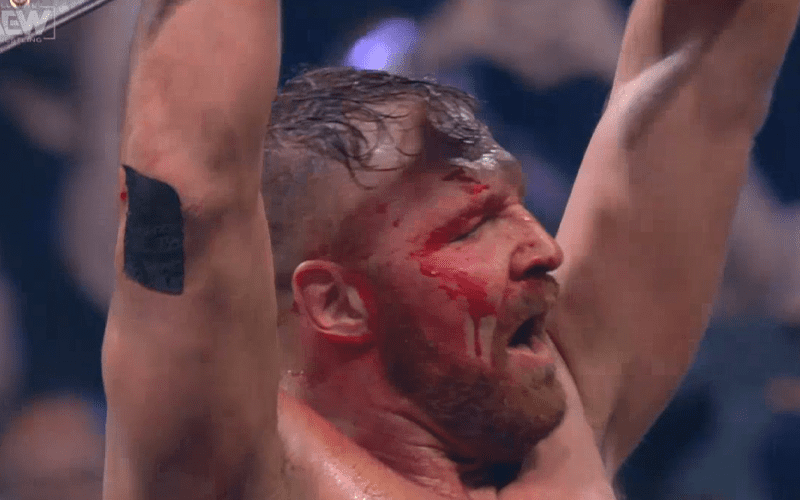 Jon Moxley is the new AEW World Champion after defeating Le Champion at AEW Revolution. Chris Jericho held that title for 183 days before dropping it to Moxley after a Paradigm Shift, but AEW’s record books might show something very different.

The AEW website updated their championship stats and added Moxley to the list. They wrote up a nice little blurb to sum up Mox’s AEW World Title story. This included one little botch at the end that really makes a difference.

According to the AEW website, Jon Moxley won the AEW World Title “by hitting the Paradigm Shift for the pinball victory.“

Jericho vs Moxley is a match that fans will remember for a long time to come. The finish was drama-filled but the current AEW World Champion won the title by pinning his opponent instead of beating him in a high score contest at an arcade.

Mistakes happen and pobody’s nerfect. We’ve given them a bit of time, but it hasn’t been changed yet. Someone might want to do that. There might already be some creators in the IWC whipping up Pinball Wizard parody videos.