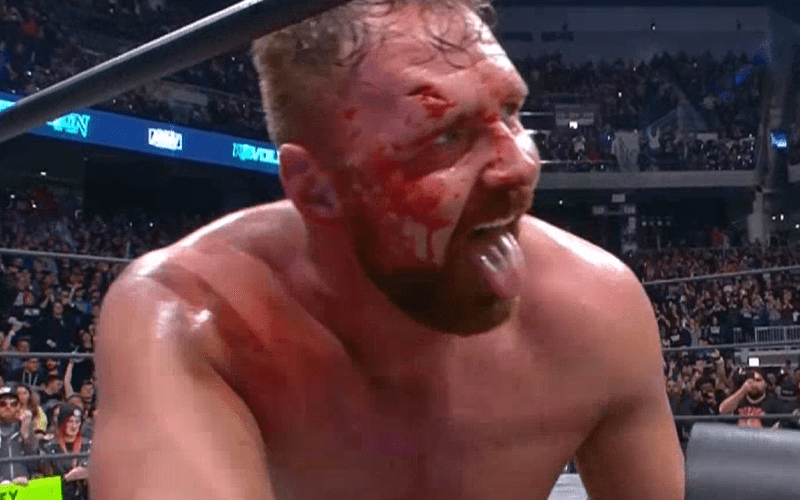 Jon Moxley left AEW Revolution as the new AEW World Champion. This was a big win for Mox, but it was also a rather painful experience.

During the post AEW Revolution media scrum, Moxley discussed the spot in his AEW World Title match when he was busted open. He described it as seeing triple and being “half-concussed.”

Thankfully, when he realized that there was blood, he knew to put pressure on the wound.

“[Jericho] threw my head into the ring post on the floor and I basically head butted a steel post about as hard as it could be head butted.”

“I was seeing triple for a minute out of my one eye. I still feel a little woozy. I was like, ‘whoa, this isn’t good.’ Then I felt that hot instant feeling of knowing when you’re lacerated. At the last pay-per-view, it happened too except it was in the back of my neck, and I was like, ‘oh! put pressure on the wound.’ So that’s what I did tonight, I put pressure on the wound.”

Jon Moxley has been busted open before. At least Chris Jericho didn’t take a power tool to Mox’s head. Mox had that happen to him during his CZW days.

Now AEW has a World Champion who is an extreme purveyor of violence which might make their upcoming Blood & Guts special so very interesting.