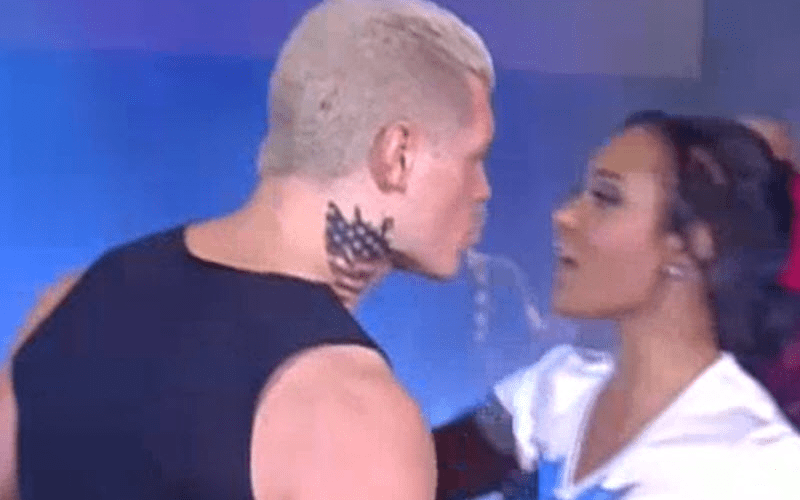 Brandi Rhodes left her husband’s side to start a project that became the Nightmare Collective. That stable was recently disbanded and Brandi returned to her husband’s side. Now she’s apparently leaving once again.

During the AEW Revolution media scrum, PW Insider reports that it was revealed that Brandi Rhodes will now be managing a new tag team in AEW called the “Natural Nightmares.” That team will consist of Dustin Rhodes and QT Marshall.

Brandi Rhodes will be managing her brother-in-law and Marshall and leaving Cody Rhodes once again. The American Nightmare won’t be lonely at ringside because Arn Anderson isn’t leaving his side.

The AEW CBO might not be cornering for her husband as much anymore, but she’s still on his side. There’s nothing ruling her out of returning to that role in an important setting down the line.