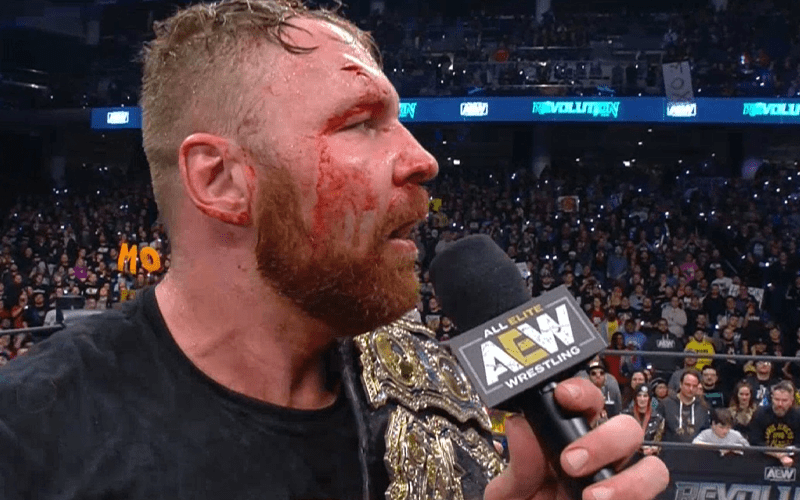 Jon Moxley is now the AEW World Champion after AEW Revolution. He won a tough match against Le Champion, and Mox picked up other honors in the process.

During Chris Jericho’s inaugural championship reign, Sammy Guevara brought attention to the fact that Y2J was AEW’s youngest champion in history. Even at 49 years old, this was true for Jericho.

Now Moxley is the AEW Champion meaning 33 is now the new record age to become All Elite Wrestling World Champion.

The roster is full of young stars like Darby Allin who is 27 and Sammy Guevara at 26-years-old. They both have bright futures ahead of them.

When Moxley won the AEW World Title he also became the first WWE Money In The Bank winner to capture AEW’s top title.

Jericho pitched the idea to then Raw general manager Eric Bischoff, and he’s appeared in 5 MITB matches, but Jericho never pulled down the briefcase.