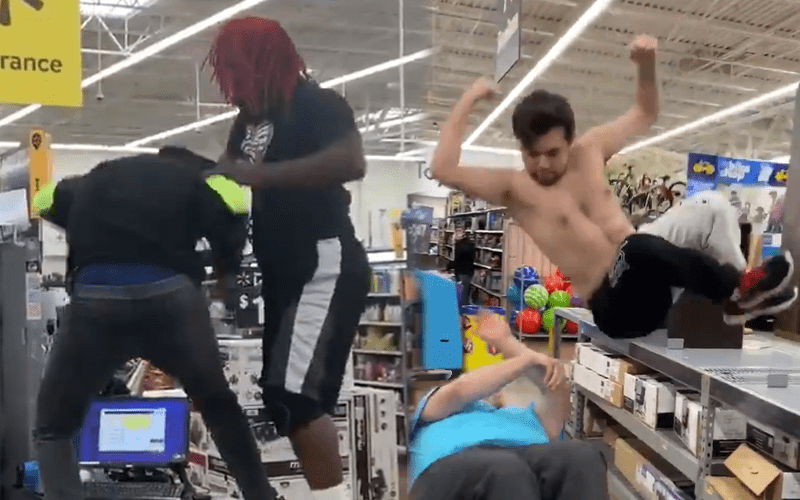 Intellectual property is a very tricky thing and it has become increasingly important within in the pro wrestling community. Unfortunately, nobody locked down exclusive rights to fighting in Walmart.

Lord Adrean has gone viral recently with several videos showing pro wrestling in public. Walmart seems to be the popular location for these guerrilla shot videos.

Super Humman is a popular IWC stuntman who is now getting pro wrestling bookings. He also did a Walmart video where they destroyed a table that was hopefully paid for.

Lord Adrean was rather ticked off that Super Humman infringed on his gimmick. He tweeted out: “You’re literally biting my sh*t.”

Others were then quick to inform Lord A that he wasn’t the first one to do public pro wrestling stunts.

Grim’s Toy Show and others have done Walmart bits in the past. Even before that there was Steve Austin and Booker T’s famous grocery store fight. It didn’t take place in an actual Walmart, but you get the picture.

Either way, this subject is bringing up some pretty heated discussions as another unclaimed territory seems to be up for grabs.