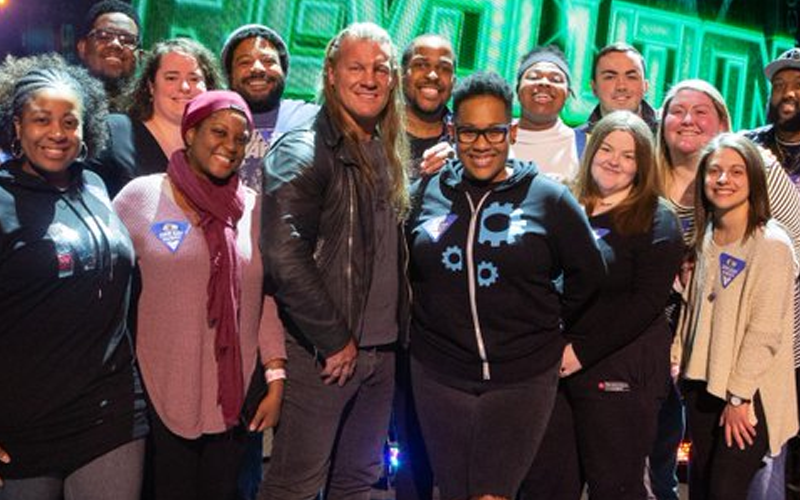 Chris Jericho lost the AEW World Title to Jon Moxley during AEW Revolution, but at least he got an amazing entrance.

Meredith Bell was the leader of Jericho’s Inner Circle Choir. She posted an a accapella version of “Judas” online in January. She revealed on the morning after Revolution that she had no idea it would turn into what it became.

guys… when i posted the original acapella cover of “judas”… i was honestly bored LOL. it was a saturday, i was killing time between getting ready to see my friends play in atlantic city…

i never, EVER, thought it would come to this.

jericho messaged me personally two days after i posted the vid, and asked me to come up with a choir of talented individuals to do this performance with me. thankfully, i have friends in the local philly theatre scene that i was able to call on. they KILLED IT.

The internet is a wild place. One moment someone can be singing for their webcam and the next they’re performing at a huge AEW pay-per-view event. It just goes to show that you never know who is watching or reading what you create online.