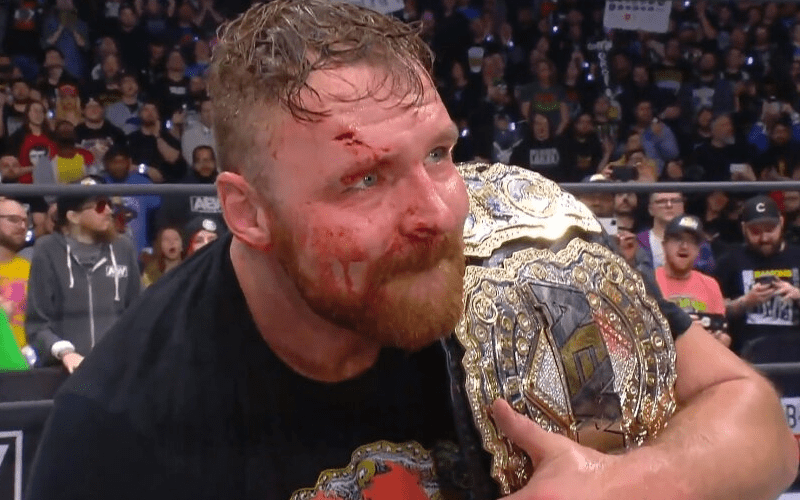 “I’m feeling pretty f*cking good about it. If I was 25, a moment like that, there would have had more anger, a little more temper tantrum tendencies. I just knew in the bottom of my heart, [Chris Jericho] can’t pin me, he can’t submit me, he can’t beat me, he’s going to have to kill me or knock me out, and I don’t think he can do it.”

“That feeling of satisfaction of a piece of work, that artistic satisfaction – eight weeks of beginning to end – that piece of work. It’s like popping f*cking bubble wrap, it’s so satisfying. It’s why we do this. To be standing there in that arena full of 6,000 people who are just so happy, and they’ve been on the ride and been on the journey… it’s like a painting I can hang on my wall and I can always look at.”

Jon Moxley said prior to winning the AEW World Title that it would mean more to him than winning the WWE Title. Last night was a pretty special night for Moxley and it’s just beginning for AEW’s new World Champion.