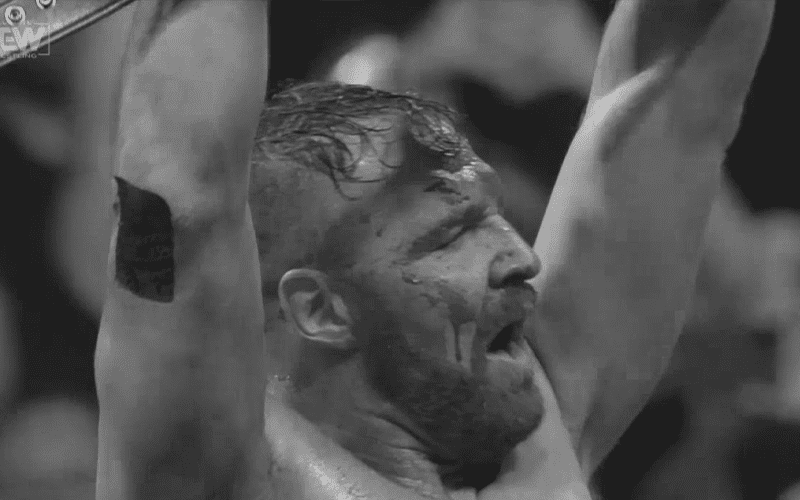 Jon Moxley took a big risk when he left WWE. It appears that gamble on himself paid off in a big way.

Jon Moxley almost lost his AEW World Title match at AEW Revolution thanks to the Inner Circle. Then Moxley removed his eye patch and won the match with two Paradigm Shift DDTs.

Moxley previously stated that an AEW World Title win would mean more to him than his WWE Title win. Now he will get to start his reign now as Chris Jericho is now the former Le Champion.

After the match, he cut a promo saying that he won the title for the fans. He already had a Mox AEW Championship shirt on. He said it’s beer o’clock. They accidentally hit his music early and he said: “I’m not done yet, what the f*ck?!”

Then he said it’s time to drink some whiskey.