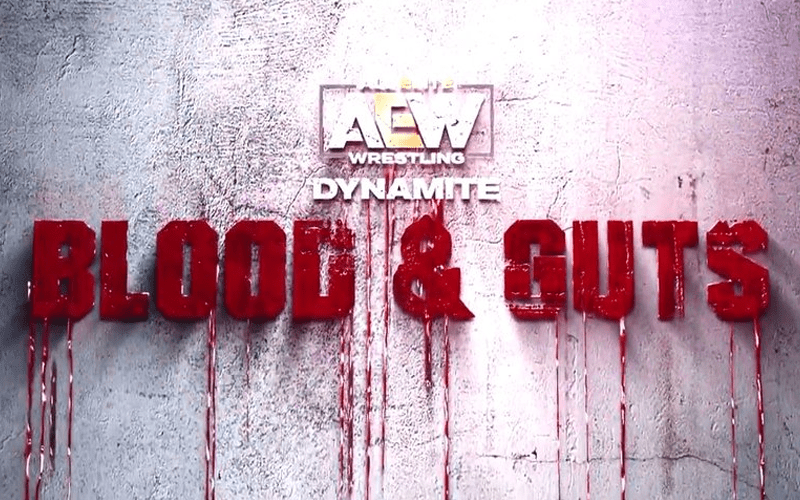 AEW Revolution is still going as of this writing. During the early part of the show they unveiled a rather surprising new special.

The company revealed that their upcoming March 25th episode will be a special called “Blood & Guts.” This event will take place in Newark, New Jersey in a venue that Cody Rhodes thanked for ignoring politics.

Blood and Guts is the phrase Vince McMahon used to describe AEW in that famous investors call response. Now the company is running with that label. No matches have been announced for the Blood & Guts special edition of AEW Dynamite as of this writing.