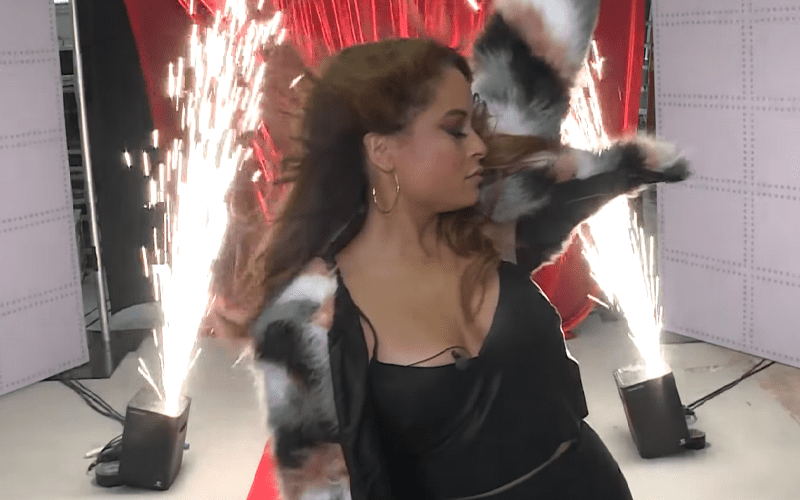 Some people are gracious winners. Others like to punch their opponents in the neck. Oney Lorcan has a bunch of great stories and he often enjoys letting them out in the form of tweets in all capital letters.

The Star Destroyer recently tweeted out a plug for 205 Live. He will be competing on the show tonight, and he wanted to make sure that everyone knew about it.

IF YOU GOT 9.99 YOU SHOULD GET THE WWE NETWORK AND WATCH ME AND DANNY KICK EVERYONES ASS TONIGHT ON 205 LIVE AND IF YOU ARE IN BOSTON AND SEE ME AT THE PUB OR A PARK BENCH I LIKE IRISH CARBOMBS AND CHOC MARTINIS TO KEEP ME WARM THROW EM UP

WWE The Bump’s Matt Camp tweeted back saying he heard that White Russians will do the trick too. Oney Lorcan confirmed this and Camp stated that his source was Kayla Braxton.

This promoted Oney Lorcan to tell a very interesting all caps story about Miss Braxton.

Kayla Braxton really knows how to make friends. Oney Lorcan seems to be okay with getting punched in the throat. He’s probably been through worse.