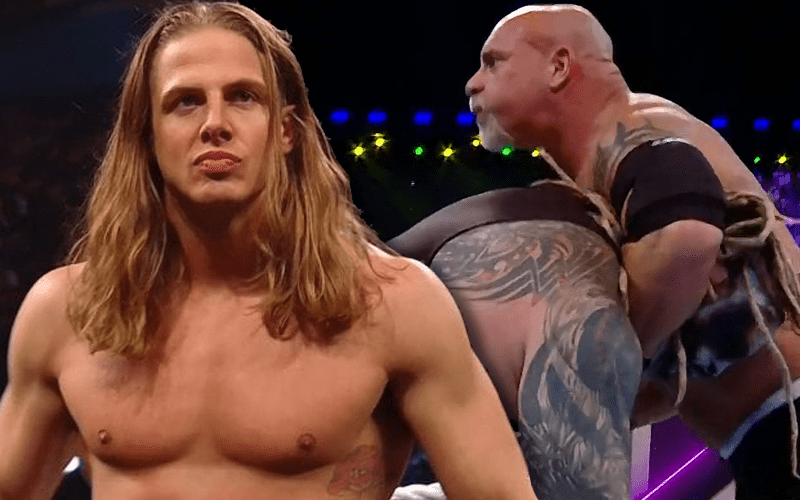 Goldberg won the WWE Universal Title at Super ShowDown, but he pulled off the big win after a very bad looking jackhammer. Goldberg didn’t hold Bray Wyatt up at all before slamming him down for the pinfall.

Matt Riddle was watching WWE Super ShowDown. He did not tag Goldberg on Twitter. The WWE Performance Center apparently told NXT Superstars not to tag main roster talent unless they get the green light.

Riddle has his own version of the jackhammer. He calls it the Brohammer. The fact that Goldberg’s jackhammer at Super ShowDown was lackluster and someone in Saudi Arabia had a “BROO” sign caused the Original Bro to comment.

Willy G has been watching his Broserweight tapes. PS Sweet BroHammer for the win

Matt Riddle is still 1/2 of the NXT Tag Team Champions. It’s unlikely that he will be leaving NXT any time soon.

As long as Goldberg and Brock Lesnar are wrestling it’s likely that Matt Riddle will continue to want his matches with the two current top champions in WWE.