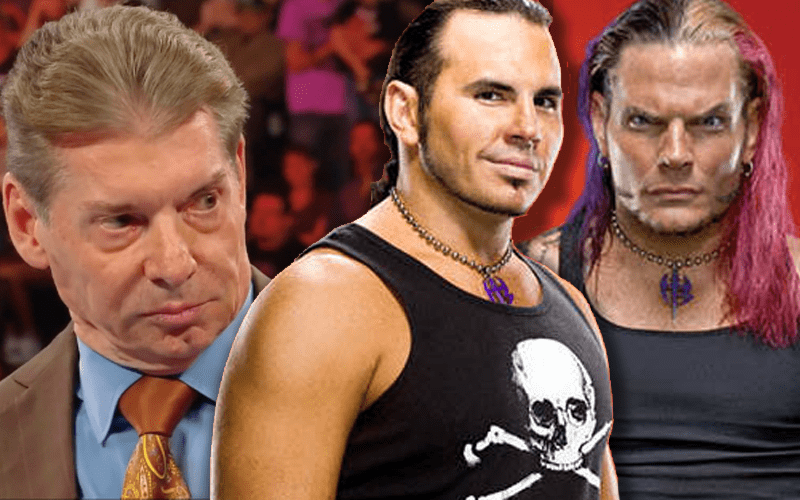 Matt Hardy is at another crossroads in his career. His current WWE contract is up on March 1st, but he might be tempted to stay.

While speaking to Wrestling Inc, former WWE referee Jimmy Korderas spoke about how Vince McMahon views the Hardy Boyz. He said “I don’t wanna speak for Vince,” but it is also pretty apparent that McMahon always saw Jeff Hardy as the bigger star between the two.

“I don’t wanna speak for Vince, but it almost felt to me that Vince saw more of a shining star in Jeff than he did in Matt. Maybe that’s why… I don’t wanna say Matt was held back but he didn’t achieve as much as Jeff did. I think he saw more star power in Jeff.”

Jeff Hardy has yet to make his return since he was injured on April 20th. He needed knee reconstruction. Then he experienced some personal issues with a DUI charge.

Matt Hardy has made a lot of money in the pro wrestling business. His most notable runs at the top weren’t with WWE. Perhaps Matt Hardy’s Broken Brilliance could be used more effectively elsewhere.

It is also very apparent that Vince McMahon doesn’t want anyone leaving right now. He’s willing to cut huge paychecks to change their minds as well.