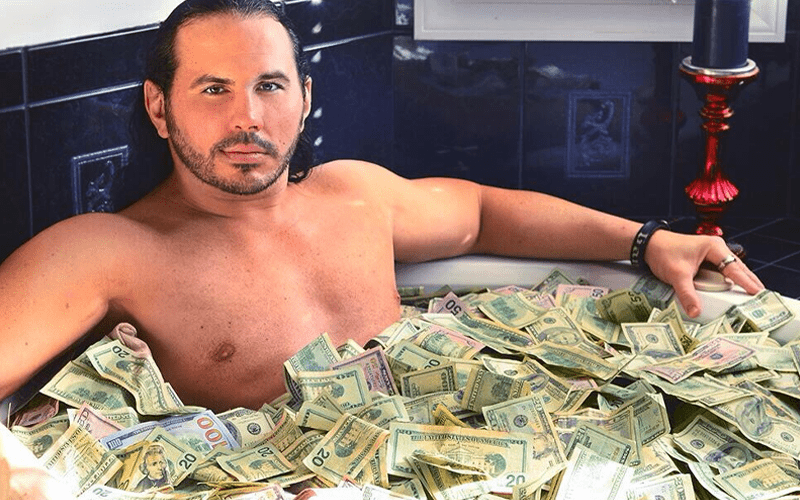 Matt Hardy’s Big Money Matt persona might not just be a gimmick. He has a very important decision to make, but he might have already made it.

Hardy’s WWE contract runs up on March 1st. He was written off of WWE television this week with a conchairto from Randy Orton. Now he could be AEW bound.

The Wrestling Observer Newsletter noted that Matt Hardy is “set for life” in terms of his finances. He has “chosen creativity over money” in the past so he might do it again.

Because he’s set for life and in the past has chosen creativity over money, it’s not like it’s one of those guys who looks at the money figure and goes this makes a difference later in life and need to take it.

Hardy will be well-paid where ever he goes. He might make more in WWE, but he will also be cashing checks to sit at home. Hardy still has a lot to give and it appears his passion for creativity might cause him to search for other opportunities outside of WWE.