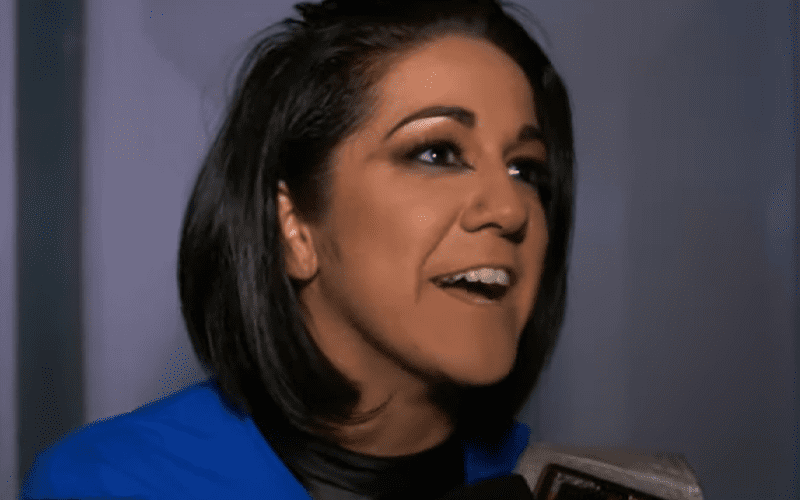 Bayley retained the SmackDown Women’s Title at WWE Super ShowDown. That doesn’t change the fact that she’s very tired, and she has another long day of travel ahead of her.

Bayley won her match against Naomi. Now she can carry on as the greatest role model in WWE. Following her Super ShowDown victory Bayley was pleased with herself, but she wasn’t happy

Bayley said that she’s not going to be in Boston for SmackDown. She said that Sasha Banks is out of action because she’s “doing her album.” She said since Banks isn’t going to be there neither is Bayley. Eventually, she came to terms with the fact that she will probably be required to attend SmackDown.

“I’ll probably be there because I’m the champion and it’s in the contract and they’ll yell at me if I’m not! What? I’m not gonna defend my title again, that’s for sure. What do we have? An 18 hour flight home? SmackDown’s in 19 hours. I’m not gonna make it. Sorry, bossy.”

Bayley is ready to celebration, but it sounded like she was dreading the trip back from Saudi Arabia. The SmackDown Women’s Champion is understandably tired. Fortunately for her it works to her character’s benefit to voice those frustrations.