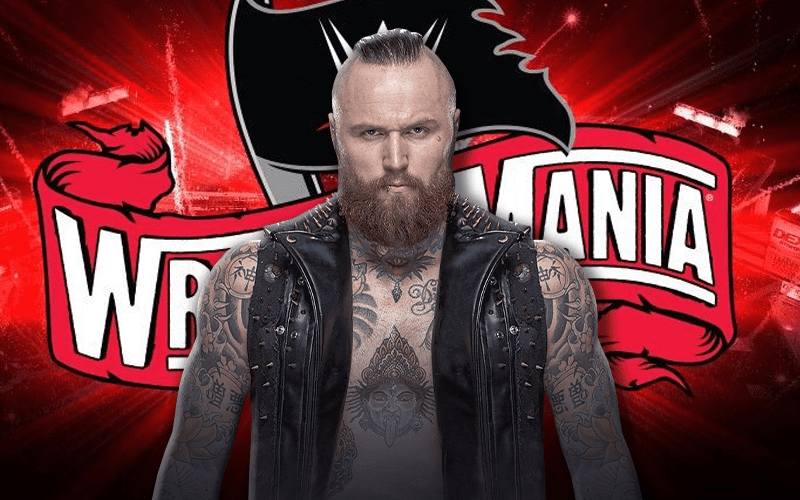 Aleister Black wasn’t allowed to go to Saudi Arabia. His tattoos are apparently still an issue. No ink will keep him from performing at WrestleMania.

While speaking to WWE The Bump, Aleister Black was asked about who he has his eye on for the show of shows. He has AJ Styles to deal with on Monday Night RAW. Then his sights appear to be set on whoever comes his way.

“There is something laying in the back of my mind from the Royal Rumble with Buddy Murphy and Seth Rollins. I’m gonna let go at the moment and let fate decide for me and whatever’s been thrown at my I’ll make sure I knock it out of the park.”

Aleister Black is one of Paul Heyman’s favorites in the RAW locker room. He reportedly sees Black as a “franchise player.”

We’ll have to see who Aleister Black locks up with at WrestleMania 36. He will certainly be prepared to dish out a Black Mass to whoever his opponent might be.