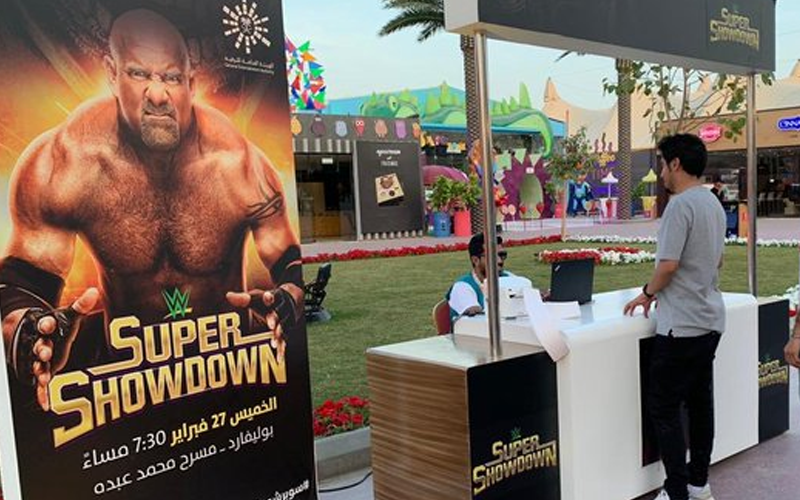 WWE is setting up for the Super ShowDown event in Saudi Arabia. Click here to see the first photos.

Fans are excited to see The Fiend, Goldberg, and more. They took long enough to release ticket information, but now Saudi fans can get their seats for the big show.

Wrestling Club tweeted out a couple of pictures of ticket stands. It appears that Goldberg is getting a lot of publicity in Saudi Arabia. In a tweet translated into English they sent out:

Great buy tickets to view. In Winter Wonderland and Boulevard.

WWE Super ShowDown will likely be a packed event. Fans need to get their tickets soon and apparently, they are setting up ticket booths in multiple locations to make sure that they can get tickets to fans.