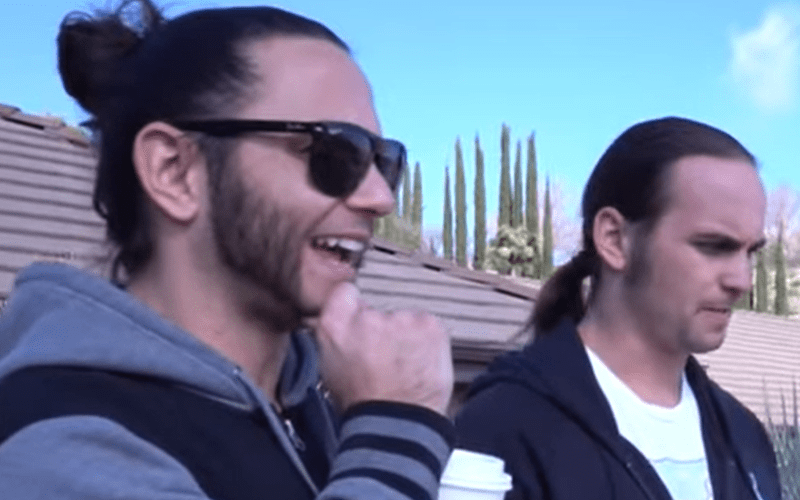 The Young Bucks teased a big announcement today. It might have been the news that a memoir is on the way.

The Young Bucks already have a book called “Stand Tall.” Now book #2 is coming. “Young Bucks: Killing the Business from Backyards to the Big Leagues” is slated for a fall release.

Matt Jackson was pretty pumped about this announcement as he commented:

“Nearly 20 years ago, our father built us a wrestling ring in our back yard. Our journey to become professional wrestlers began here. Then after years of hawking T-shirts out of duffel bags at independent shows across the U.S., documenting our lives on a web series filmed on our phones, and performing at the biggest events in Japan, we’d eventually land the dream job of a lifetime.”

“We’re excited to share the story of how we got there, after overcoming past failures, and finally deciding to play by our own rules, ignoring traditions, earning us the reputation by critics as two wrestlers who were ‘Killing The Business.’ This memoir is yet another milestone in our career, all thanks to the support of our amazing fans.”

The Young Bucks are just getting started with AEW. So, another book could be on the way in a couple of years. Fans will soon be able to read all about the Bucks’ rise to fame for a suggested retail price of $27.