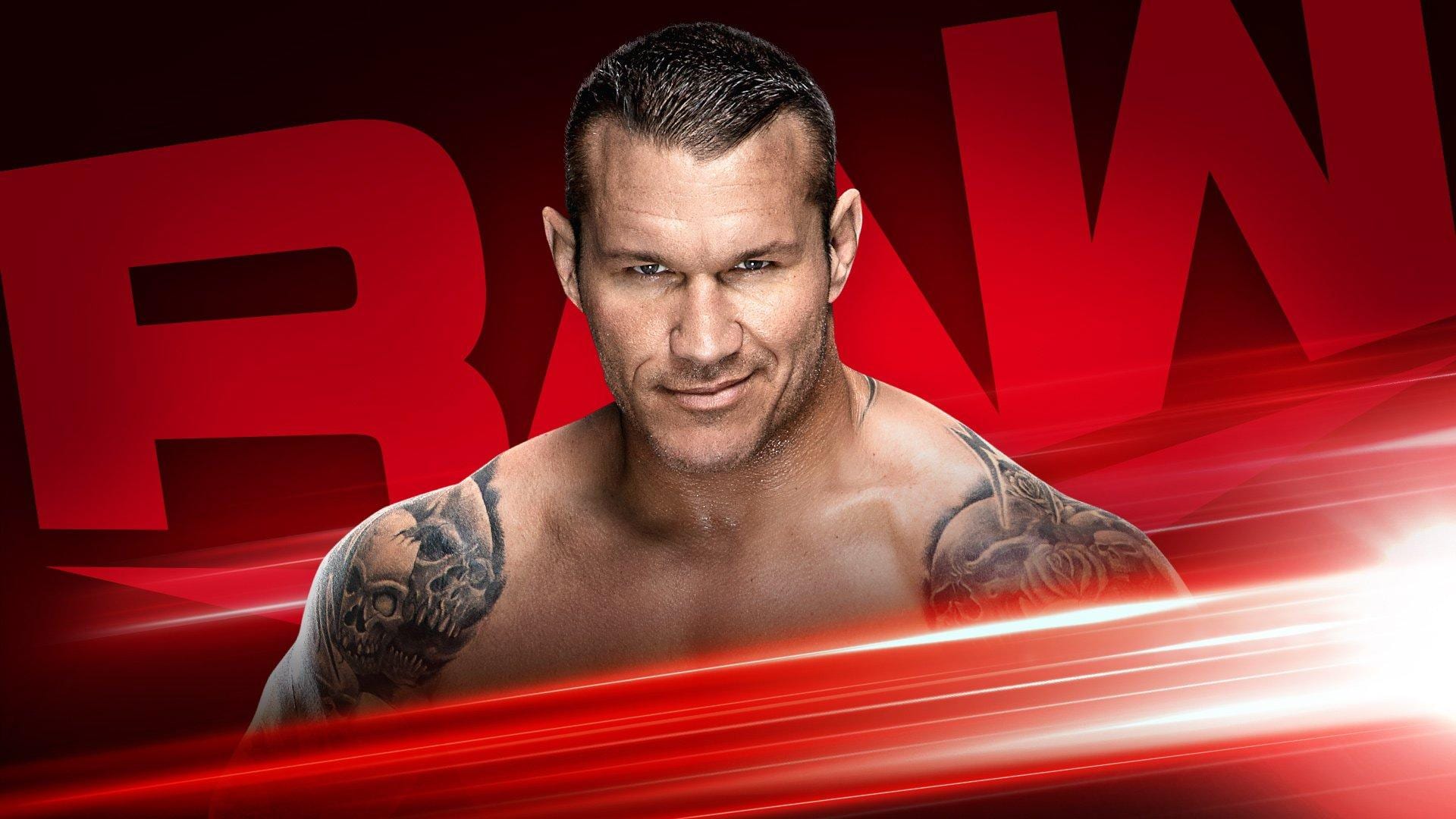 Tonight’s show is the go-home RAW before Super ShowDown in Saudi Arabia this Thursday. That means the WWE Champion Brock Lesnar will be live on the show to talk his upcoming match with Ricochet. Well, Brock is unlikely to do any talking, but he likely to get into it with The One and Only, and Ricochet is likely to come out standing tall tonight, because he certainly won’t on Thursday.

Randy Orton will also be on Raw tonight, and WWE.com is teasing that he will have a new target in mind. That’s a little odd considering he didn’t target Matt Hardy, but more of Orton’s pure evil antics is welcome on any show I watch.

And finally, Becky Lynch will be in the same building as Shayna Baszler. The Raw women’s division is in a weird spot right now because there’s still two months to WrestleMania but we’ve already got our feud and it’s super unclear how WWE will fill that gap. Will Lynch even compete between now and then?

The other confirmed segments for tonight are a rematch between Angel Garza and Humberto Carrillo, and a rematch between Erick Rowan and Aleister Black. Just in case you didn’t see Raw last week. And there will probably be another segment in which Seth Rollins and his cohorts get attacked or attack Kevin Owens and his new tag team pals, the Street Profits.

And that’s the preview for tonight’s Raw. You can stay up-to-date right here, by downloading our Ringside News app, or by following us on Instagram or Twitter. Enjoy the show!

Monday Night RAW opens with a look back at Randy Orton’s recent attacks on both Edge and Matt Hardy.

It’s time for the FINAL #Raw before #WWESSD… LIVE on @USA_Network! pic.twitter.com/XX1Mtcf0zA

The show in Winnipeg opens with The Viper, Randy Orton slowly coming to the ring to boos. Orton says he needs to apologise. He says it’s no secret that he’s not the most sentimental but lately his emotions have become unbalanced. He says that this morning it has been fifteen years since RAW has been to Winnipeg, back when he was 24 years old. He did a little research and found that, on that episode of RAW, he was the Intercontinental Champion. And he was punched in the face by a certain man; a man that he would eventually look up to and love like a brother. His name was Adam, but we know him better as Edge.

Orton says that, if Edge were in the arena tonight, he’s sure…the fans chant “We Want Edge!” and Orton says Edge can’t be here because of what he did. And nobody will understand why he did what he did, but he’s truly sorry for it.

Canada’s-own Kevin Owens comes to the ring. Owens says that, for the past few months, he’s been dealing with some delusional people. But for tonight he will put those issues aside to deal with Randy. He says he heard Orton’s speech and how he’s sorry, but he doesn’t believe it. He tells Orton to drop the act and admit why he did it. Matt Hardy came out and confronted him and all he got was a vicious beating, twice. So now he’s out asking it.

.@FightOwensFight thought, maybe, just maybe, he’d get in the ring with @EdgeRatedR one day after #RoyalRumble…

Orton says “you don’t want to go down that road.” To which KO says he really does. He says that he remembers what it felt like watching Edge retire. At that time he was already wrestling on the indies, and he was so disappointed to watch Edge retire. Knowing he’d never share the ring with him. But then Edge came back at the Royal Rumble, he was watching backstage and he was a fan again. To see the look in Edge’s eyes when he got what he loved back. But Randy took it all away, so he needs to know why?

Randy says “you think you know me?” He says Edge thought he knew him too. Kevin says he’s right, he doesn’t know him. What he does know however, is that the people are sick of hearing them talk, so why don’t they fight. Randy asks if he wants to fight tonight in Winnipeg? Well he’s on but not right now. Orton drops the mic and leaves.

Charly Caruso is backstage and she interviews Angel Garza and Zelina Vega. Caruso asks what unfinished business they have with Carrillo, and Vega says that he’s just a necessary chore. They have to take out the trash. She says there is family you would be proud of and some you’d rather get rid of, and Angel Garza will be kicking Carrillo to the curb tonight. And when that’s done, there will be not to stop the Lothario from reaching the top of the mountain.

The match gets underway and they lock-up and go right to the ground and get caught in a super unique hold upside down and slap each other. Carrillo takes a wrist lock but Garza grabs the bottom rope and rolls from the ring.

Garza gets back inside and Carrillo grabs him in a headlock. Carrillo is shot-off and avoids a few moves. Garza hits a springboard hurricanrana but Carrillo lands on his feet. Humberto dropkicks Garza from the ring, then hits a big suicide dive.

We come back from the break to see Garza rip his pants off before hitting Humberto with an inverted suplex. Garza takes the arm but Carrillo flips out and takes him down. Carrillo comes back with a springboard arm drag that sends Garza out of the ring. Garza avoids a baseball slide and Carrillo does a handstand on the apron, so Garza superkicks him!

Garza pushes him in the ring for a near-fall. Garza gets on the apron, but Carrillo kicks him in the face. Garza ducks a dive and superkicks him right back. They then drop each other out with kicks on the apron. The crowd are really getting into this one. Carrillo gets Angel up and kicks him on the apron. Carrillo goes for a catapult into the ring post, but Garza lands on the turnbuckle. Garza knocks Carrillo off the apron and hits an Asai moonsault to the floor! Both men are down as we head to the break.

“This is awesome” from the fans. Carrillo drops Garza with an enziguiri and falls onto him for a two-count. They exchange some quick pinfall attempts until Garza scores the win!

We get a video package for the developing feud between Becky Lynch and Shayna Baszler.

Ricochet makes his entrance. He’ll be in action after the break.

The match begins and Luke kicks Ricochet down. He puts the number one contender in the corner and whips him but Ricochet leaps over Gallows and hits a dropkick that knocks him from the ring. Ricochet follows-up with a tope to the floor.

Ricochet gets Gallows back in the ring and hits a springboard but Gallows knocks him out of mid-air. Gallows puts Ricochet in the corner and clubs him with right hands – we see Paul Heyman watching on a monitor backstage. Gallows hits Ricochet with a backbreaker for a two-count.

Gallows continues his assault by drilling Ricochet with elbows, followed by a sleeper hold. Ricochet fights to his feet and drops Gallows with an enziguiri. Ricochet hits a springboard crossbody and a running shooting star press for a near-fall.

Gallows drops Ricochet with a boot, then lifts him up but the one and only climbs down and hits the recoil. Ricochet goes up top and hits a shooting star press for the win!

After the break, Brock Lesnar will be live on Raw.