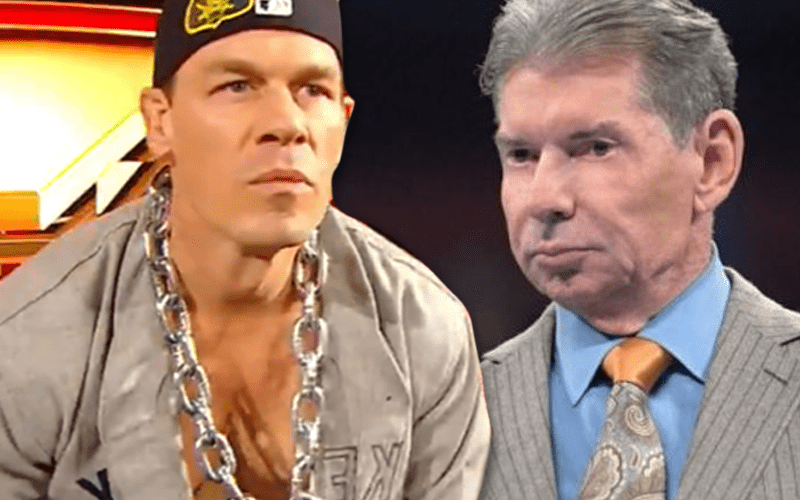 John Cena made a brief cameo in his Dr. Of Thuganomics character during last year’s WrestleMania. It’s been a very long time since fans saw Cena rapping and there’s a reason for that.

During the Ruthless Aggression series on the WWE Network, Cena explained that he saw the demographic at WWE shows change. Younger kids were showing up with families and this was a big reason to nix the sometimes NSFW rapping gimmick.

“I had a personality that attached to the people who were watching, but then slowly the people who were watching changed and they began to be more kids and more families to come to these events. And I saw it happen. I didn’t need a sheet of analytics. I can see it. So I said, this is it. We’re changing up right now. I remember going into Vince’s office and said, ‘I have to stop rapping.’”

John Cena isn’t seen very often anymore. He will be on Friday Night SmackDown this week which could start a road to WrestleMania for him. Odds are he won’t be laying down any freestyle raps in the process.